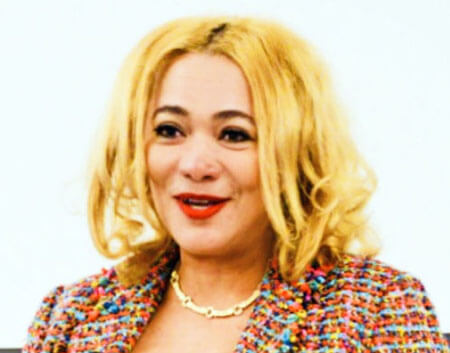 Top tourism officials in Grenada have defended their hiring of Barbadian Petra Roach as the Chief Executive Officer of the Grenada Tourism Authority (GTA).

Chairman of the authority, Barbadian Barry Collymore confirmed on Wednesday the hiring of Roach after the news broke in the Barbados media ahead of any official word from St George’s.

Roach has resigned from her position as Acting CEO of the Barbados Tourism Authority and will take up the post in Grenada after wrapping up matters related to her employment in her home country.

“She is a fantastic international marketer,” Collymore said as he announced the appointment at a press conference in St George’s.

“The hiring of Ms. Roach will mean that for the first time the GTA is led by an international marketer,” he added.

In the entire history of the GTA, no Grenadian has ever served as the confirmed CEO in tourism and so far the job of marketing the destination has been held by two Barbados nationals and an Irish national.

Collymore said one of the criteria for choosing the new CEO, following the resignation of Patricia Maher a few months ago, is finding someone who could enable a quick restart of Grenada’s tourism industry.

He said the Barbadian comes with an international marketing network that will help to achieve this.

On Wednesday, responding to queries about whether any Grenadians had applied for the position Collymore said two Grenadians were among the six applicants interviewed by the selection panel that included representatives of the Grenada Hotel and Tourism Association (GHTA), the GTA Board and the Ministry of Tourism.

The recommendation from hoteliers for the position of CEO is said to carry the most weight in selecting a candidate.

President of the GHTA Leo Garbutt also defended the decision to hire Roach and he likened the new recruit to having national sports hero Kirani James on your Olympic team while criticising the level of effort put into marketing the destination so far.

Over the years the State has been criticised for not providing sufficient funding to properly market the destination.

“One of the things we all know because we have been in Grenada promoting tourism for so long is that it’s never been high on the priority list and a lot of people have said about Grenada, we do not know enough about it,” Garbutt said.

“My feeling is that when it came down to the six candidates we interviewed, there were two outstanding candidates and the last one we interviewed, afterwards when we were discussing it we said if we get her, that’s it, that’s the best one and I am delighted that she accepted,” he added.

Collymore also announced that Roach will lead a mentoring and training programme to help develop young members of the current marketing team of the GTA.