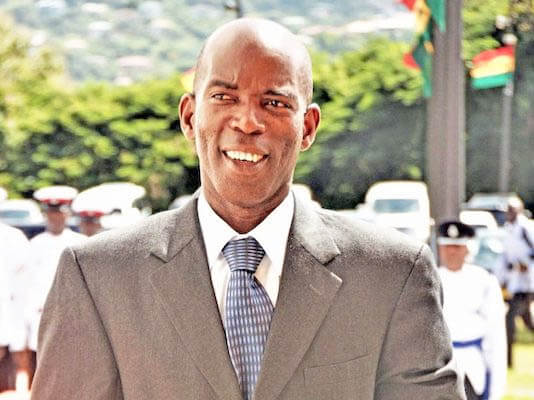 Tobias Clement – came out on top in the poll

St George North-east is one of six constituencies in which NDC is still to announce a candidate for the national poll.

According to the source, new Congress leader, attorney-at-law, Dickon Mitchell has been engaged in private discussions with Clement in recent weeks on the possibility of him defending the seat in the election.

He said that the Opposition Leader is believed to have put forward his own set of proposals and awaiting word from the NDC leader before signing onto the deal.

St. George North-east was once considered as a NDC garrison but the party lost it in both the 2013 and 2018 general elections as Clement won on a ticket of the ruling New National Party (NNP) against former Finance Minister, Nazim Burke.

A Congress insider intimated several months ago that at least one former NDC leader had expressed the view that Clement could win the seat once again if Congress threw its support behind him.

He expressed surprise that Roberts’ name was put on the 3-man list in the poll that was conducted to identify the possible NDC candidate for St George North-east.

He said that Roberts is known to have expressed the view to the hierarchy of the party that he would throw his support behind the Opposition Leader in the upcoming general election.

Clement resigned over two years ago as a member of the NNP citing the growing dictatorial tendencies of Prime Minister Dr. Keith Mitchell including his decision to remove the budget for elected Members of Parliament from under the office of the Electoral Office and putting it directly under his control in the Office of the Prime Minister.

The NNP has named retired New York policeman, Nimrod Ollivierre as its caretaker for the constituency.

Meanwhile, THE NEW TODAY understands that a poll conducted by the NDC in the rural St Andrew North-west seat shows that former civil servant Gloria Thomas is ahead of another former public officer, Phillip Alexander to get the nod to be its candidate in the upcoming general election.

Alexander, the defeated candidate in the 2018 election, has been resisting efforts being made by some senior party members to bow out of the contest and allow Thomas to go ahead uncontested for the seat.

The NDC has been trying to rebuild following back-to-back 15-0 defeats at the hands of NNP in the last two general elections.

Prime Minister Mitchell has sounded a warning that he is going for a third clean sweep of the polls in the upcoming national poll.