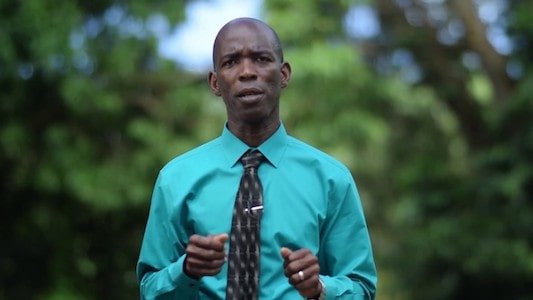 St. George North-east Member of Parliament, Tobias Clement is today set to become the official Leader of the Opposition in Parliament.

A source close to Clement told THE NEW TODAY that the Parliamentarian called Governor General Dame Cecile La Grenade a few minutes ago to prepare the instruments of appointment for him to take the oath as Opposition Leader.

According to the source, the MP had minutes earlier called Speaker of the House of Representatives, Michael Pierre, on the issue and was referred to the Office of the Governor General to have him take the oath of office.

He said that Dame Cecile indicated that she did not know if the necessary documents could be prepared for today’s ceremony in light of a shortage of staff due to the State of Emergency taking place in the country.

Clement is said to have insisted that he wanted to take the oath today in light of the need for the opposition in the country to have a voice in the state of affairs at this point in the country.

The main opposition National Democratic Congress (NDC) has not been making any public pronouncements on the State of Emergency imposed by government in light of the nine COVID-19 cases discovered on the island.

The St George North-east MP resigned from the ruling New National Party (NNP) of Prime Minister Dr. Keith Mitchell about four months ago, citing differences with the party that he had joined since its inception in 1984.

Clement and the NNP were at odds after he resisted efforts by the party’s main office at Mt Wheldale to hire some of his own staffers and to replace them with handpicked persons from the NNP headquarters.

THE NEW TODAY understands that at least two females would be appointed by Clement to serve as Opposition members in the Senate.