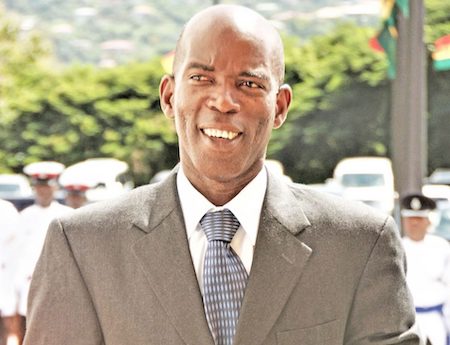 Well-placed sources told THE NEW TODAY newspaper that Dame Cecile called Clement over the weekend to inform him that after a wait of two weeks that she is now ready to give him the instruments.

According to a well-placed source, the female Head of State requested Clement to be present for a 9.30 a.m ceremony but he asked for it to be held one hour earlier since he has to attend a Finance Committee meeting of Parliament around the same time.

This newspaper understands that the Keith Mitchell-led government is making moves to convene a sitting of Parliament in the next few days for the first time in nearly five months to seek approval to spend money in its stimulus package in the post COVID-19 era.

Dame Cecile has been coming under fire in certain quarters for the long delay in giving Clement the Instruments of Appointment to become the Opposition Leader in Parliament.

Former Attorney General Cajeton Hood has called for her resignation from the post on the grounds that she had been dragging her feet on the appointment for too long and flouting the requirements of the Constitution which provides for the appointment of a Leader of the Opposition whenever the occasion arises.

Grenada has been without an Opposition Leader for the past two years since the Keith Mitchell-led New National Party (NNP) swept the polls and won all 15 seats in the March 2018 general election.

Clement who won the St George North-east seat on a ticket of NNP, decided to part ways with the party about three months ago after differences surfaced with the Prime Minister on the running of the constituency.

The MP is said to have been forced to resist efforts from the NNP leadership to sack some of his own constituency office workers and to replace them with appointees from the NNP main office at Mt. Helicon.

He is also entitled to appoint three new Senators in the Upper House as Leader of the Opposition.

A source close to Clement told THE NEW TODAY that he would replace former Congress government minister, Glynis Roberts as a Senator but will keep one of the two other Opposition Senators now sitting in Parliament.

Roberts, the former Minister of Labour in the 2008-13 Congress government, supported the NNP in the last general election.

The source said that one of the new faces on Clement’s shortlist for appointment as a Senator is a female from the St. Andrew North-east constituency who currently works at St. George’s University (SGU).

Clement is expected to meet with reporters for a press conference sometime on Tuesday after the ceremony with Dame Cecile.