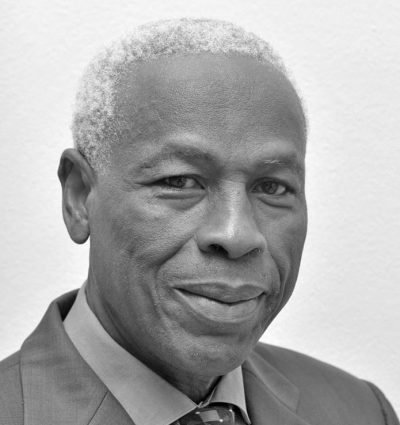 No disciplinary action would be taken against St. George’s North East Member of Parliament, Tobias Clement for defying a directive from the National Executive of the ruling New National Party (NNP) to attend a Constituency branch meeting last week Tuesday night at the Boca Secondary School.

That’s the word coming from the party’s Chairman, Works Minister Gregory Bowen, who said that not attending a meeting would not necessarily warrant disciplinary action against Clement.

“I don’t think not attending a meeting would warrant disciplinary action. I don’t see that as a priority,” Bowen said, in an interview with THE NEW TODAY, following a joint sitting of the Upper and Lower houses of parliament at Mt. Wheldale last week Friday.

Bowen, the MP for the St. George South East constituency, did not go into details but spoke of being aware of concerns previously expressed by Clement about party matters.

“I am aware of everything that goes on in the party so I am aware that he (Clement) has some concerns but it has nothing to do with attending the meeting – so, you can’t link the two,” he said.

When approached on the decision by Clement to ignore the party’s invitation to attend the meeting, Prime Minister Dr. Keith Mitchell did not offer any significant comment.

He said: “I wasn’t there so, I don’t know…I am not aware of anything…He (Clement) is the best person to talk to because I don’t have anything to say.

“I am not aware of anything so, we can’t be talking disciplinary or promotion or nothing because there is nothing new…I don’t go to every single constituency meeting and I have meetings in my own constituency, we are preparing for convention. I went to Mt. Moritz last night so, we all have work to do,” he added.

Clement, who attended the parliamentary session, was careful with his responses to questions posed by the media about the Boca meeting.

The MP remained tightlipped as it relates to the real issues in the controversy between himself and the ruling party.

“I am a man that always speak freely but sometimes you have to teach people how you want to be treated and I would leave it there,” was the only comment made by Clement when approached for a comment by THE NEW TODAY after the sitting of Parliament last week Friday.

The embattled Parliamentarian did not explain the reason for his non-attendance at the meeting but said it will all be revealed “in due course”.

“There is some business that we had (at the constituency branch) that is not covered and until such time, until such business is covered, I stand my ground,” Clement told reporters indicating that there are other issues but refrained from mentioning what they are at this time.

The St. George North-East representative is known to be at loggerheads with Prime Minister Mitchell on a number of issues including the decision to stop paying him a salary like in the 2013-18 period when he was a backbencher in Parliament while continuing to be engaged in a high-paying job with St. George’s University (SGU).

Sources told THE NEW TODAY that the latest spat between Clement and PM Mitchell was his decision to ignore a directive from the party’s head office at Mt. Helicon to fire a female employee at his Constituency office.

Clement also openly turned down an invitation that was extended to him to attend the meeting by the party’s General Secretary Roland Bhola, a former Minister of Agriculture.

He admitted that Bhola did pay him a visit and that he “did indicate to him (Bhola) that I would not attend such meeting even by his bargain and he should have understand that if I say no it would be no…he was expecting me to come…but I said no”.

A close associate of Clement said that he decided not to attend the meeting out of an abundance of caution since he was concerned that the Prime Minister might try to use the occasion to humiliate him in the presence of several party people.

In addition, he said that the MP felt slighted as he did not have an input in the organising of the meeting but was being “summoned” by the hierarchy to make himself available to attend it.

Bhola has told the local media that if the MP is not doing the work of the party in St. George North East then the NNP National executive will take over and do the job that is needed in the constituency.

NNP sources have said that Ambassador to Cuba, Claris Charles would be brought back from Havana to help in the re-organising of St. George North-East for the ruling party.

Prime Minister Mitchell has until 2023 to call fresh general elections.