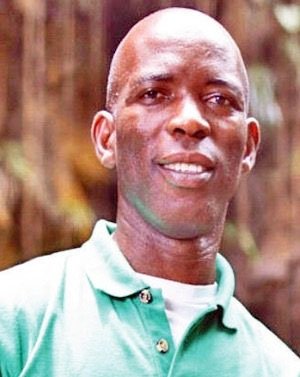 I am no longer a card-carrying member of the NNP.

Those were the words uttered by newly installed Leader of the Opposition, Tobias Clement who has been angered by so-called words of advice given to him by his former boss, Prime Minister Dr. Keith Mitchell.

During the last sitting of Parliament, the Prime Minister suggested that the money now being used to provide for a Leader of the Opposition could have been better spent on the fight against the coronavirus.

In a statement released Wednesday, Clement, the Member of Parliament for St. George North-east, hit back saying that he does not need any advice from the island’s leader as he is now an independent member of the Lower House.

Following is the full text of the statement:

I sat in the House of Representatives on 24 April 2020 listening to the Prime Minister. It was my first sitting as the Leader of the Opposition. It kept running through my mind. Why is this man insisting on providing me with unsolicited advice? Is he aware that I have parted ways with his side and I now sit on the other side?

The Prime Minister had the unmitigated gall to imply that somehow my appointment would cost the country several thousand dollars, funds that are being diverted from the fight against COVID-19 to finance the Office of the Leader of the Opposition. This statement is malicious and illegal.

First, he called the Parliamentary session to propose a revised budget. In this revision he makes new allocations for changes in circumstances unknown to him when he presented his budget on 20 November 2019. Two of the major changes in circumstances were the effects of COVID-19 on the Grenadian economy and the appointment of a Leader of the Opposition. In adjusting his budget for the rest of the year, he must consider these two changes separately.

Second, the office of the Leader of the Opposition is a constitutional appointment. The Parliament must follow the Constitution and provide for the financing of the Office. This is not about Tobias Clement. It is about Grenadian democracy.

Third, he must remove the financing of the office of the Leader of the Opposition from his hands and place it under the relevant heading in the House of Parliament.

As I sat there, Romans 16:17 came to my mind. Now I urge you, brethren, keep your eye on those who cause dissensions and hindrances contrary to the teaching which you learned, and turn away from them.

Let it be clear I am no longer a card-carryTobias Clement hits backing member of the NNP. In that regard, I do not require The Prime Minister’s unsolicited advice.