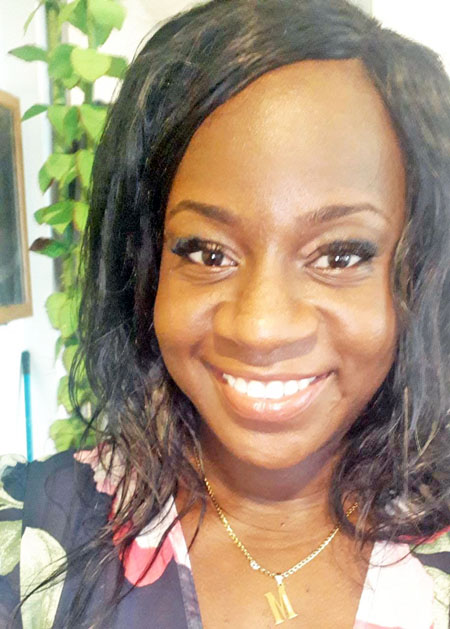 Michelle Alexander has told THE NEW TODAY that she has been receiving a series of telephone calls with threats and is pointing a finger at agents of Mitchell’s party, which has been enjoying a stranglehold on the political life of the country for the past 25 years.

According to Alexander, these agents have been calling her cellphone from private numbers and issuing the threats.

The female activist warned that despite the attacks from NNP quarters, she would not allow anyone to intimidate her.

Alexander shot into the national limelight in recent weeks due to her involvement in organising the protest action in support of Evan Smith who was beaten in Fort Jeudy by a white couple from the United Kingdom.

The St. Andrew resident and several other young people who are involved in a National Youth Movement, played a prominent role in forcing the NNP regime to pull back the controversial coronavirus control bill that it was taking to Parliament for passage last week Wednesday.

The bill was attacked in many quarters of the society as a clandestine move by Prime Minister Mitchell to introduce legislation that could have resulted in placing Grenadians under a Martial Law-type of rule for one-year in the fight against COVID-19.

Alexander also lashed out at an unsigned statement issued in the name of the Chairman of the Board of Directors of the Grand Bacolet Rehabilitation and Treatment Centre at Grand Bacolet in St. Andrew South-east, which she said, was an attempt to try and discredit her.

It said: “This statement informs that Miss Michelle Alexander is still employed at the Grand Bacolet Juvenile Rehabilitation & Treatment Center under the same terms and conditions as stipulated in her present contract, which expires within the first quarter of 2021.

“Her application for continued employment at the Center is up for consideration at the expiration of her present contract and Miss Alexander is aware of that. Therefore, her allegations of victimisation on various social media platforms are completely false”.

According to Alexander, she is not an employee of Grand Bacolet but is retained and paid a salary by GRENCASE to fulfill a teaching assignment for the inmates at the centre on a part time basis to earn an income.

The activist said she was placed at Bacolet to work only two days a week and with her contract coming to an end in February 2021, she was advised to seek full-time employment with the centre as her studies had come to an end with St. George’s University (SGU).

“Now that I finished SGU, I was asked to apply at Bacolet and I applied so that they will keep me. My record for the past 4 years have been only 100% passes,” she told THE NEW TODAY.

According to the young female activist when she spoke to the issue of being discriminated she did not call any specific name.

She said: “I did not say that I was fired – I said my contract for permanent employment was revoked which is facts. So I don’t know why they would release this bogus thing (statement) especially when I have my proof. I have a contract from GRENCASE – GRENCASE is the one paying my salaries – not Bacolet.

“They (Bacolet) know that they are the one that revoked the contract – they made a stupid move to put out that statement. I am not contracted by them – they don’t pay me,” she added.

Alexander pointed out that she had been in negotiation with the centre and as part of the arrangement that was already worked out, she was given two additional subjects to teach at Bacolet – Maths and English B – and that discussion had even started on the salary to be paid to her to work full-time instead of part-time.

The female activist charged that things changed after the Evan Smith protest action when she was identified as one of the main organisers and the contract was pulled back by the government-funded Bacolet centre.

According to Alexander, the Bacolet statement has brought into question her integrity and she cannot afford to ignore it as it was totally false and was aimed at making her out as a liar.

She said that absolutely nothing about the statement “is true” and in fairness to her they should take it back.

Alexander currently has three Bachelor’s degree and is in the process of doing studies for a Master’s degree.