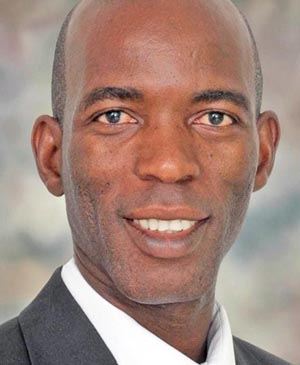 Tobias Clement – Money went missing from inside his office in Parliament

Opposition Leader Tobias Clement has confirmed reports reaching THE NEW TODAY that someone stole EC$700.00 from his Secretary in the office set aside for his use in Parliament Building at Mt. Wheldale.

Clement said that his secretary does not have office space in Parliament and is mostly forced to operate to do his business in the open lobby.

He stated that a Cleaning company hired by the Ministry of Works came to Parliament on Monday to do work and the Secretary was forced to go into his office from the lobby and left her bag inside there and later discovered the money missing.

“She went to work last Friday – the people came to clean, she left for them to clean, they went into the woman’s bag and take out $700.00. The theft took place in the Opposition Leader’s office,” he said.

“The Secretary don’t have an office so she had her bag in my office and it (the money) was stolen from the bag,” he added.

According to Clement, he intends to ask the Clerk of Parliament, Andrew Augustine to approach the Royal Grenada Police Force (RGPF) to press charges against those involved in the theft of the money.

“It is not the Clerk who hired those people to work there. They were hired to work in the Parliament Building through the Ministry of Works,” he said.

Clement told this newspaper that on the same day that his Secretary’s money was stolen a Security Guard also lost money up there in Parliament as someone went into his bag.

He recalled that all former Opposition Leaders had an independent office including Dr. Mitchell when he served in that capacity in the 2008-13 period when the National Democratic Congress (NDC) was in power.

“If they can take out from the secretary’s bag in the Leader of the Opposition’s Office in Parliament then who knows what they can put in”, he said.

Clement told this newspaper that the Clerk of Parliament cannot do anything about these Security companies linked to the ruling New National Party (NNP) as they are being hired through the Works Ministry run by the Number Two man in government, Gregory Bowen.

He reiterated that the current situation in Grenada is sad as under the Mitchell-led government there is no separation of powers with the Executive, which is the Cabinet of Ministers, virtually running all the independent state institutions.