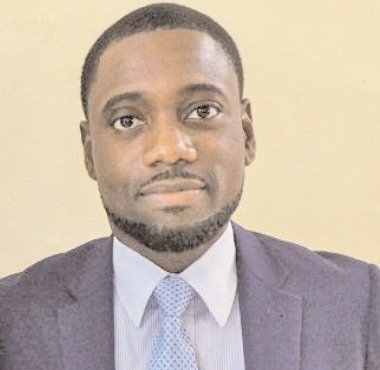 Opposition Senator, Ron Redhead - People in the communities are calling for stiffer penalties and improved legislation

While opposition Senator, Ron Redhead has called for stiffer penalties to be inflicted on perpetrators of Child Sexual Abuse, President of the Senate, Chester Humphrey is of the belief that the system sometimes favours the criminals.

The two Senators expressed their views in the Upper House of Parliament as members reacted to the outcry of one parent who took to social media to lament the small sum of $3500.00 that was imposed by a Magistrate as a fine against a man charged for indecently assaulting her five year old daughter.

Sen. Humphrey stated that problems that are being experienced with sexual abuse, indicates that there is an epidemic in Grenada’s society.

“It is an understatement to say that we are not experiencing an epidemic of sexual crimes in this county. Never ever in my 67 years – and let me tell you something Senators – my life experience is equivalent to three lifetimes or more – I have never witnessed anything equal to what’s happening here now. Parliament has a responsibility to the citizens and to the constitution. The role of Parliament is to pass laws for the good governance, for the safety and well being of its citizens…”, he said.

“…When that eight year old was murdered, the entire community including Parliamentarians took hibernation until the most recent incident. It’s not discrimination in this you know – a five year old child. Where is the mass indignation? Where are the hundreds of mothers picketing, where are Parliamentarians? I am still investigating this matter as to whether or not there were objective limitations to fit the offence in respect of the punishment. The pendulum (has) swung too far in favour of the criminal…there is more sympathy for the criminal in our society today”, he added.

Opposition Senator Redhead believes that a national response is needed to deal with the issue and called for the institution of stiffer penalties to the perpetrators.

He said: “The Special Victims Unit (SVU) has been set up at least a year now or just a little under that and as far as I am aware, I have not heard any information in terms of whether it is effective or not.

I have not heard, Mr President, what is the next critical step in dealing with the matter. People in the communities are calling for stiffer penalties and legislation to deal with perpetrators practicing this act especially against children and (also) the issue that the mother raised surrounding the issue with children with special needs.

“This is a big topic – we can’t handle this in one day but I believe that for the record we must begin to play our role as parliamentarians … law makers, that sort of thing Mr President and get involved in working with the community to make this very effective and once and for all stomp out. As I said Mr President, I firmly believe that a national response is needed to deal with this issue”, he added.

Leader of  Government  Business in the Senate and Minister of Climate Resilience, Sen. Simon Stiell in response to the concerns raised, noted that a lot is being done by government to deal with the scourge of sexual abuse, referring to the role being played by SVU and the Ministry of Social Development.

Sen. Stiell indicated that a task force is already in place to deal with the issue but felt that there might be need to establish a more dedicated task force that is multi-sectoral in nature comprised of government and non-governmental persons to look at reviewing the legislation.

He said this body can be given responsibility to look “at all of the action that government is taking, should be taking, where the gaps are, where it needs to be strengthen –a very active task force looking at how we can close down the number of incidence in this area”.

“…It is clear with all of the work that we are doing, it is very evident, and we still have a very long way to go, we are scratching the surface of this scourge, but we must stomp (it) out and the recent case that the member on the other side raised, it is extremely unfortunate”, he added.

Sen. Stiell acknowledged that the most recent case involving  the five year old from St. Mark has raised awareness to the deficiencies in the Judicial System.

“How this matter was handled with a minor and the need for us to review and that review has already started – these discussions have been taking place at the highest levels”, he said.

He admitted that the whole issue of sentencing are being reviewed and will be strengthened in due course because very clear messages should be sent to the perpetrators of sexual offences.