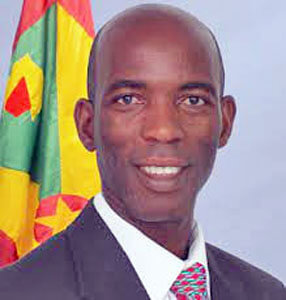 Moves are afoot within the main opposition National Democratic Congress (NDC) to get Opposition Leader Tobias Clement to run for the party in the St George North-east constituency in the upcoming general election.

Sources told THE NEW TODAY that a senior member of the party has raised the issue with the hierarchy of NDC about getting Clement to run on a Congress ticket to defend the seat that he first won in the 2013 general election for the ruling New National Party (NNP) against former NDC Leader Nazim Burke.

According to the senior NDC member, with Clement who is originally from the sister isle of Petite Martinique, contesting the poll for NDC, it will show “an inclusiveness which is critical to the party.”

He also said that with the Opposition Leader being on the slate, it will send a positive message to all the other constituencies on the island that NDC is about embracing all Grenadians.

“It is critical to Grenada that we send a message that NDC is a big tent. I am convinced that Tobias as the candidate in the North-east would most benefit the NDC. It is an action that NDC will benefit from most. I am convinced – no two ways about it”.

“As a person who has been involved in politics for all these years, and looking at where the NDC is now, and if we are to win against (Prime Minister Keith Mitchell), I think embracing Tobias will send a big message nationally – that is my position”.

“There are people who do not support the NDC who may come on board because Tobias is on board or because we show that we embrace other than NDC. My mission has been to get Tobias as the candidate”.

The NDC senior party member told THE NEW TODAY that he is committed to doing everything possible including engaging with party leader Dickon Mitchell and others to get Clement as the candidate in the North-east constituency.

Clement stunned NDC supporters in 2013 when he won the seat against Burke, the former Finance Minister in the Congress government in what was once considered as a garrison constituency for NDC.

The current Opposition Leader was a last resort for NNP in the St George North-east constituency as other party members who were quizzed declined the offer on the grounds that Burke was difficult to dislodge from the seat.

He cited the decision taken by the administration to remove the budgetary allocations for constituencies from Parliament and putting it under the Office of the Prime Minister.

There are reports that several persons including a former candidate with a small party that contested the 2018 general election has now joined NDC and submitted his name for consideration as a candidate in the upcoming general election.

Burke who had expressed interest in contesting the NDC political leader’s position in October has not made any public statement on whether he would seek the party’s nomination to be the candidate in the upcoming general election.

Political pundits are fearful that a 3-way contest in St George North-east will favour the NNP who has selected ex-New York policeman, Nimrod Ollivierre as its caretaker for the constituency.