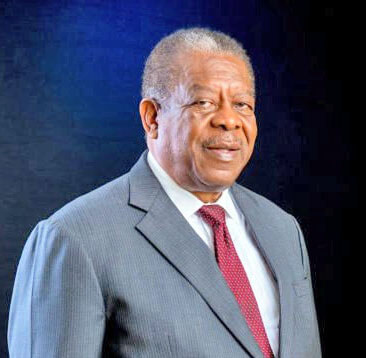 A high-powered team of regional professionals has noted the failure of the region’s premier learning institution, the University of the West Indies (UWI) to implement numerous reports that made recommendations for its improvement over the years.

The experts noted that many sound recommendations made in previous reports for improving the University’s governance and management systems have not been implemented, and hopes that the recommendations made by the Sir Dennis Byron group in 2020 are accepted by the Council will not suffer a similar fate.

The Commission recommends that Council set up an Implementation Team tasked with ensuring the operationalisation of such recommendations of the Commission as Council accepts, and that the proposed Executive Committee of the Council monitor the implementation process.

As a public service, THE NEW TODAY highlights some of the suggestions made by the Sir Dennis group:

Current State of UWI
The University of the West Indies (The UWI), supported by seventeen Caribbean governments, is one of the oldest fully regional institutions of higher learning in the Commonwealth Caribbean.

The UWI’s prestige is built on the maintenance of higher standards in undergraduate education, including its professional programmes in Medicine, Engineering and Law. The 70+ year old structure of The UWI facilitates governance arrangements through complementary steering of the campuses.

Over the last 20 years, The UWI has made adjustments to engage quality assurance considerations, and its own physical and programmatic expansion, from a single campus to four campuses, and, in very recent times, to a fifth campus.

The tremendous contribution of The UWI to regional development is undeniable. In recent years, its reputation has been enhanced by rankings assigned by the Times Higher Education (THE) World University ranking system.

The Commission was gratified to note that in the THE World University Rankings 2020, The UWI retained its #1 position as the only Caribbean University to be ranked, and in addition, significantly improved its former ranking, having broken into the rank of the top 1% of universities in the Latin America and Caribbean region. It was also placed in the top 1% of Golden Age universities – that is, universities globally that are between 50 and 80 years old.

The leadership and the entire University community must be commended for these achievements.

The Campus structures – which have evolved over time – comprise four landed campuses and the Open Campus (sometimes imprecisely described as a “virtual” campus but in reality, is a blend of online and face-to-face instruction delivered through almost 50 physical locations, in addition to online).

Each campus is established, governed and managed in accordance with University’s Statutes and Ordinances, and each of the physical campuses (with the exception of Five Islands, Antigua and Barbuda) hosts several Institutes whose remit span a range of disciplines and specialisations.

Some of these institutes are established in collaboration with external organisations, as The UWI moves towards a global vision.

The operational power of the University is derived from the Statutes and Ordinances – the legal framework by which the University abides. Aspects of these frameworks and systems, however, are outdated and in need of revision since practices change and there have been multiple societal and cultural shifts that need to be acknowledged and reflected.

Without doubt, the strength, ranking and reputation of The UWI is attributable, in no small way, to its regional character. This is generally accepted by regional Governments and other stakeholders as well as commentators.

Although geographically separated, The UWI has made significant strides to fulfil its mandate, working collectively as one regional university. This was revalidated and made permanent by the Heads of Government of the Caribbean Community (CARICOM) in the 1989 Grand Anse Declaration, in which they concluded that “… in view of the major role which the University of

the West Indies is being called upon to play, it should remain a regional institution indefinitely.”

Historical Evolution of The UWI
The University has a presence in and serves the following countries:

The regional structures of The UWI include:

(b) Centre for the Environment

(c) Diplomatic Academy of the Caribbean

In recent times, The UWI has established 8 global structures involving partnerships with other international partners as part of its globalisation thrust.

Although it has been well-promulgated since the CARICOM Heads of Government Grand Anse (1989) Declaration that The UWI will have a major role in Caribbean development and be a regional institution indefinitely, times have changed both in the Caribbean economy, and the regional and the global higher education landscape.

In his opening remarks to University Council on April 29, 2016, Sir George Alleyne, then UWI’s Chancellor and chairman of University Council, understood this changing landscape. He remarked that “The UWI needed to review its business model in order to adapt to the current and evolving regional and global economic environments.” Sir George Alleyne posited that “higher education all over the world was at an inflection point” and cited the following four major impacting trends:

(i) Revenue from traditional sources was falling and putting all but a few institutions at financial risk.

(ii) The rising demands for a greater return on investment in higher education.

(iv) The rapid acceleration of globalisation of higher education, with many major universities in various parts of the world opening satellite campuses in other countries

Fast-forward to 2019, four years later, with the changing of the baton, Mr. Robert Bermudez, the current Chancellor, in his opening remarks to University Council in April 2019 indicated that for UWI, “Two key priority areas for reformation were the management systems and the funding model.” (2018, University Council Minutes, p.4).

The University of the West Indies finds itself at a critical crossroad characterised both by great opportunity and potential crisis. How it navigates this historical challenge will determine whether it affirms or executes its role as a premier shaper of Caribbean human capacity or whether it becomes historically irrelevant to the development of the region.

The recitation of past accomplishments and historical contribution is no longer enough to justify public financing of an institution that is required to be an apex innovator providing the human capital needed to build Caribbean civilisation in increasingly turbulent and uncertain times.