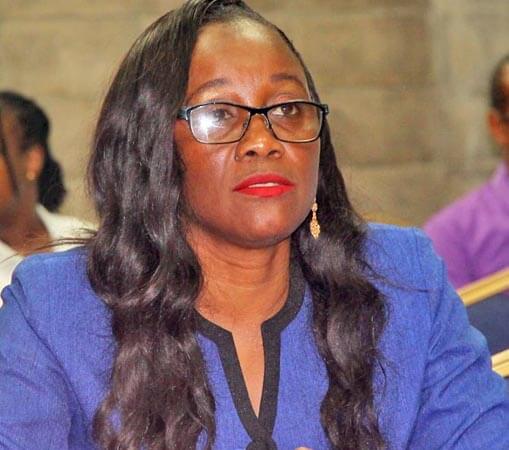 President of the Public Workers Union (PWU), Rachel Roberts has lamented the poor working conditions of nurses especially at the St George’s General Hospital and called on the Keith Mitchell-led government to do something about the situation.

Speaking to THE NEW TODAY, Roberts said the issue of transportation for healthcare workers and in particular nurses is a matter of grave concern for the union.

“We do not believe that healthcare workers in this Covid period should be travelling on the same buses with citizens of Grenada,” she said.

According to Roberts another matter that is serious and very concerning to PWU is the issue of a place of rest for nurses doing the night shift.

She said these nurses “do not have a place of rest so nurses have to sit on the chair if they have to take 5 minutes or set up all night”.

“That is not a healthy standard for them,” she added.

According to Roberts, the ideal situation is that when a nurse is on duty during the night shift then the other one on duty should be in a position to take a rest and then get up fresh to take over her chores.

“…Nobody can stay up for several hours in the night – it is not human, it is just not a healthy practice. They need to at least be able to take a 2-hour rest and then be able to come back out on duty. They do not have that facility,” she said.

The female PWU boss told THE NEW TODAY that former Presidents like the late Lauret Clarkson who was a nurse by profession along with Madonna Harford have raised that issue with government years ago.

She said this matter raised its ugly head when government took away the Nurses’ Hostel and left nurses without a place they can call home.

She stated that the reality of the situation is that nurses “no longer have a place available for them where they can come into work and be able to take a shower when they are leaving so that they can then have a change of clothes and go back out into the community and not be seen wearing the same uniform that they came in with”.

““It is a health issue. That is an issue for us and we are asking government to put the right system in place so that nurses can feel comfortable when they come off duty that they do not have to come off and interact with the public with the same clothes that they were on the ward with,” she said.

Roberts also accused the Keith Mitchell-led government of violating the Collective Bargaining Agreement especially the provisions for allowances for doctors and nurses who are called out to perform duties outside of their normal working hours.

She said: “If you have to call me out in the middle of the night to perform duty … in other places they will say that is overtime, we don’t take overtime, we ask for a call-out allowance and government seems to be violating (it) and not wanting to live up and honour the Collective Bargaining Agreement that says you have to give workers this benefit.

“As a union, we are calling on our employer to respect our Collective Bargaining Agreement – it is a legal document – to respect the rights of workers, to ensure that they treat workers in a respectable, just and honourable manner.

PWU along with two other public sector unions are currently engaged in a battle with the Mitchell government on its failure to honour an agreement which should have come into effect at the end of January to pay public officers a 4% increase on their salaries.

Government has claimed that its revenue collection has taken a downward trajectory since Covid-19 hit the island a year ago, but has recently hired an Advisor to the Prime Minister.