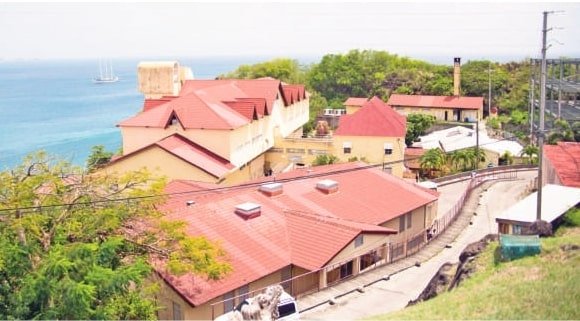 The General Hospital – the nation’s Number One Health facility

A senior nurse stationed at the St. George’s General Hospital has come to the assistance of one of her colleagues who has ran into problems with the Management on allegations that she abandoned the job during the onset of the coronavirus pandemic.

According to the nurse, her colleague Patty Williams took action to protect herself in the face of failure on the part of the authorities to give the embattled nurse the necessary protective gear to work on her shift at a time when there was a suspected COVID-19 client on the ward.

In an exclusive interview with THE NEW TODAY, the hospital staffer said that Nurse Williams became aware of the patient who was a pregnant woman and was giving trouble with taking a test for the virus given the suspected symptoms being demonstrated.

The senior nurse stated that Nurse Williams decided to leave the ward given the situation which had developed with the female patient refusing to take the virus test and the lack of information coming from Management on how to deal with the situation.

“I don’t think that Patty stayed on the shift- when Patty realised that there was risk to her health and she made the phone calls and she asked for the things that she knew that she was supposed to have to work with – the Personal Protective Equipment – it was not given to Patty – she got her advice and she acted on it.

THE NEW TODAY understands that this patient fled from the General Hospital to her home in rural Grenada and days later showed up at the Princess Alice hospital in Mirabeau, St. Andrew for treatment.

There was communication between the rural hospital and St. George’s when it was realised that it was the patient who had discharged herself without notice from the ward.

The senior nurse in expressing sympathy to her colleague said that in those early days in March all staffers at the hospital were scared about COVID-19 because they did not know what they were dealing with and the Hospital administrators were not providing them with any information on the virus.

She said the nurses were forced to obtain whatever information they could on the disease from the Developed World who was battling with the virus and those coming out of the World Health Organisation (WHO).

The senior nurse noted that when the incident happened with Nurse Williams the hospital itself did not have Rapid Testing in place to check on the COVID-19 status of persons who came into the facility with flu-like symptoms.

THE NEW TODAY was also told of a senior administrator on the management team at the hospital who is a relative to a doctor holding an important position taking her holiday leave at a critical time of the COVID-19 pandemic and leaving the junior staffers to fend for themselves.

The senior nurse identified one of the biggest problem facing the St George’s General Hospital as a lack of human and material resources to provide better healthcare for Grenadians.

She charged that some of the people who hold the very important jobs to develop, execute and implement policies for the institution are doing a very poor job of it.

She said that there is an unwillingness by those in authority to make sure that a lot of the correct procedures and system should be fully functional and that what has to be done is in fact done.

The senior nurse stressed that the Management Team in place at the island’s main hospital is seemingly more interested in finding out which nurse should be blamed for going public with their grievances about the working conditions of the job rather than concentrating on fixing the existing problem.

She also said that some people at the hospital including management, doctors and staff nurses are prepared to accept sub-standard procedures rather than stand up and ensure that the correct measures are always implemented.

“We have to blame ourselves as employees as we are not standing up for what we know is right,” she added.

According to the nurse, there is a dire need for the General Hospital to do like some other medical facilities and implement a system in which patients on leaving the institution are allowed to give feedback in the form of a questionnaire on the quality of medical care provided to them.

She said the Management Team needs to hear from these people “how they feel about the service, the type of service they got, the stuff that they needed to get – (and) was it available to them”.

The senior nurse also pointed to the lack of resources and equipment like syringes, drip stands, IV Pumps and instruments for dressing the wounds of patients and for conducting surgeries as some of the major issues affecting proper medical care at the hospital.

She said: “If we have the resources that we need the staff will be happier – in this hospital that we have there.”

The nurse also addressed the controversial issue of Hospital Staff engaged in widespread theft of articles from the hospital including bed sheets.

She said that there are times when the hospital is lacking in sheets to put on the beds but there are many ways that these get lost.

She said that some relatives who have patients at the hospital sheets to put on the beds but there are many ways that these get lost.

She said that some relatives who have patients at the hospital will take away some sheets and linen by mistake and will not bother to return them and at times the Hospital Staff might put linen in a patient’s belongings accidentally and never get them back.

According to the nurse, a lot of sheets get bloody and soiled from use on patient and have to be discarded on reaching the laundry.

“When a patient dies, you will use the bed sheet to wrap them up to be taken away by the undertaker and (those) will not come back but be disposed of for good. This is the way the sheets go and the sheets go every day. How often do we replenish?

The nurse denied these allegations of theft of linen because the sheets for the hospital come into the institution printed with the name on and if “it doesn’t come printed we take a permanent marker and we write on it the respective names of the ward and so on”.

“So if I take that (sheets) and I put it on my bed (home) you will see hospital name written on the sheet. If I hang it on my wire (in the yard home) blowing in the breeze, the neighbour passing – the neighbor will see it. We have to wash it – where are we going to put it to dry?

The senior nurse pointed out that it is time for Grenada to start thinking of building a new hospital because the current one is too small for the amount of patients who require medical attention and treatment on the island.

“The population is growing and people are paying more attention to their health – people are more aware and living longer now,” she said.