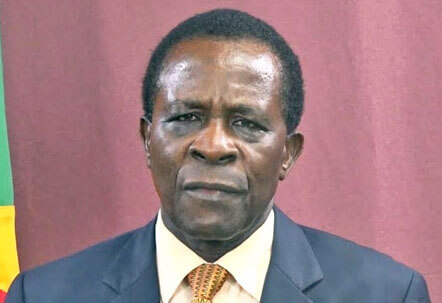 In a stunning announcement made last Sunday, Prime Minister Dr. Keith Mitchell has told the nation that his ruling New National Party (NNP) administration has hammered out an agreement on pension for public sector employees.

Speaking with a select group of four media personnel, mainly talkshow hosts, Dr. Mitchell said: “We do not have a pension issue. The pension issue has been resolved with the unions. They have agreed on that. There is no dispute at this point in time. The pension numbers have been agreed to.”

However, a top union official denied that there is any agreement on pension and that what was signed with the NNP regime a few days before the 2018 general elections was only a Memorandum of Understanding (MOU) on the restoration of pension for public officers that was ended by the 1979-83 leftist People’s Revolutionary Government (PRG) of slain Prime Minister Maurice Bishop.

The PRG created the National Insurance Scheme (NIS) in 1983 to provide pensions for both public and private sector workers.

The official told THE NEW TODAY that after the NNP was returned to power after the last poll, the unions “jumped out” of the MOU and took the matter to court to seek a ruling that pension payments for civil servants are covered in a 1978 law that was incorporated into the Grenada Constitution.

He said the Prime Minister might be suffering from “a lapse of memory” as the public sector unions have broken off talks with government on pension and are currently waiting on the ruling of the high court on the issue.

Prime Minister Mitchell told the session that the pension payment that is currently agreeable to government is the one contained in the MOU that calls for a payment of 70% of one’s last salary from a combination of funds derived from NIS and government.

“The pension agreement is that if you reach the retirement age or you want to retire after giving a certain amount of years of service – you can retire and as long as you sign the document you will get 70% of your last salary,” he said.

“Anyone does that, they get 70% of your last salary from a combination of NIS and government,” he added.

PM Mitchel said that he had nothing to do with removal of pension for public sector employees but that after years of negotiations “we have concluded an agreement and that is where we are.”

According to Dr. Mitchell, as far as he knows the only issue between government and its workers is “the question of when do you start to calculate the payment”.

He said that under the old system of pension, it was calculated at 66 2/3 of the last salary of the worker on retirement.

He added that the NNP government has agreed to give its employees more than what is contained in the old pension agreement.

“What is in dispute is the fact that they want to go back to 1958 and talk about paying all those persons. That we (are) saying we have to start at a particular period – we are not responsible for removing the pension of workers.

“We are saying it is difficult for any government – not just NNP government – it means you talking billions of dollars of payment. We are saying that is in dispute. That has been taken to court by the unions. They took it to court.

“The issue of the back payment for persons who served for years and continue to do so – that is the one that is unresolved”.

Prime Minister Mitchell said he has been trying to encourage workers to sign the 70% document so that when they retire that payment will be due to them and if the government loses the case in court they still have additional money to collect.

“If government had the funds and we could have paid, we probably would say forget whether it’s legal or not legal and let’s just pay it because the workers are here and they would spend their money back in the country and government would generate revenues from expenditure and activities in the country but we simple will not be able to meet that extreme payment. If the court rules, we will have to agree on some form of method of payment for years,” he said.