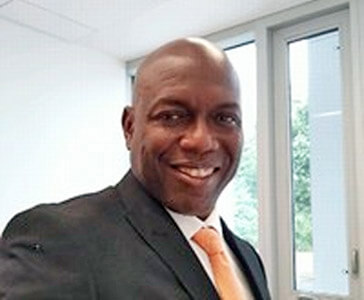 Clerk of Parliament Andrew Augustine has confirmed receiving telephone calls from a private company that looked after all of Grenada’s fifteen offices belonging to elected Members of the House under the former Keith Mitchell-led administration seeking thousands of dollars in alleged outstanding payments in keeping with the contract.

Speaking to THE NEW TODAY, Augustine said that he had to inform CJ’s, owned by an associate of the defeated Grenadian leader that he had nothing to do with these Parliamentary offices as they were under control of the Office of the Prime Minister and not the Parliament.

He spoke of receiving “numerous inquiries” from CJ’s about payments due to them, as well as from Parliamentarians associated with the outgoing New National Party (NNP) government concerning payment for their staff.

According to the Clerk of Parliament, he referred these people to the Administrator of the Programme within the Office of the Prime Minister as it was under that department the Service Provider was contracted.

“I received calls about the concerns about payment – queries – which I addressed in the same way telling them that I am not responsible for that – I can’t speak to that,” he said.

“As Clerk of Parliament I am only responsible for the offices going forward after the tenure or the contract of The Provider (CJ’s) is completed. I cannot be liable for anything that has transpired before that,” he added.

The incoming Dickon Mitchell-led National Democratic Congress (NDC) government has since terminated the contract of CJ’s and put Parliament back in charge of the offices of all 15 elected Members of Parliament.

Augustine denied that he had received any telephone call from persons associated with the private Service Provider threatening him with legal action.

“No, I didn’t receive any telephone calls on that,” he said, adding that he referred them to the Accounting Officer in the Office of the Prime Minister who will “set out the issues relating to that (outstanding payment) as that had nothing to do with me.”

He stated that owner of the business Cynthia Charles, who once served the Secretary to the ousted Prime Minister had never communicated with him directly on the issue of payment but it was someone else from her office.

“She (Charles) was out of the country at the time when these discussions were taking place. So, I never had any communications directly with Mrs. Charles,” he told THE NEW TODAY.

According to Augustine, he ascertained that what CJs really wanted was for payment to be resolved concerning the completion of the contract.

He said he understood that CJs had submitted a “bill of a substantial amount” to the new government which was seeking clarification on the signed contract under the NNP regime.

“When I came in as Clerk, it (the service to look after the Parliamentary offices) was already under the Office of the Prime Minister,” he remarked.

Augustine described the Office of the Prime Minister during the reign of Keith Mitchell as the facilitator of the contractual arrangements with CJ’s but the contract ended with effect from July when it has been brought back under the Houses of Parliament.

“The Clerk of Parliament has essentially taken over as Administrator for the Constituency offices for new and continuing Parliamentarians,” he said.

The Clerk was also asked to comment on reports that the new Parliamentarians have been complaining of experiencing problems in getting their offices up and running.

He acknowledged that this is a transition period for the service and there are some issues to be sorted out.

“The existing Parliamentarians – the criteria for getting their offices up and running would have to be first and (foremost) to have their tenancy agreement finalised, have their staff complete and have all their equipment and everything that is necessary in place,” he said.

Augustine pointed out that if the Office of Parliament was in charge of everything as existed before, there would have been a much smoother transition.

“Understandable, we are almost starting from scratch,” he quipped.

The Clerk highlighted a number of criteria that has to be met in terms of making these offices fully functional including an inspection of the building to make sure it is accessible to the public, as well as an examination of the tenancy agreement and these things take some time to complete the negotiations.

In addition, he said that some MP’s have not identified a place for their offices and not all of them have all the necessary equipment in place as yet.

He also said that some of the new Parliamentarians have opted to use the same building like their predecessors while others are on the hunt for new locations and there would have to be the transfer of furniture and other assets.

Augustine is confident that all 15 offices of the Parliamentarians should be up and running by the end of September.