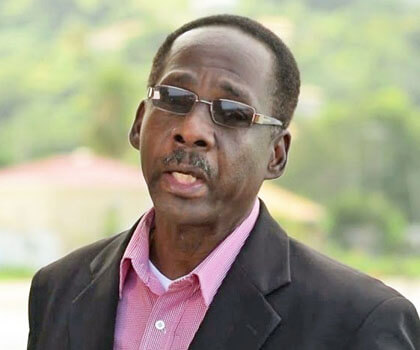 Details are beginning to emerge about the so-called Succession plan being put in place by the ruling New National Party (NNP) government to find a replacement for its aging 75-year old leader, Prime Minister Dr. Keith Mitchell.

A well-placed source told THE NEW TODAY that under the deal being worked out, Prime Minister Mitchell will lead the party into the next election and will step down as Political Leader two years later but will continue for the duration of the next five years as leader of the government and country.

There are reports that two former expelled members of the main opposition National Democratic Congress (NDC), Agriculture Minister Peter David and President of the Senate Chester Humphrey are members of the committee.

The source said the NNP inner circle is very tight-lipped in giving out information given the sensitive nature of the discussions that are taking place with the long-standing Prime Minister on the succession plan.

He indicated that no precise name was given on the person next in line to take over from Dr. Mitchell as head of the NNP.

“I didn’t get the information of who he (PM Mitchell) is thinking of (as replacement) but it is clear that person will not get a taste of the Prime Minister of the country,” he remarked.

Speculation is rife that the United Kingdom-based female attorney-at-law Akima Paul-Lambert is top of the list of persons that Prime Minister Mitchell is trying to get to come back in the country to replace him as Political Leader of NNP.

One top NNP insider cast doubts on the availability of Paul-Lambert, seen as a possible successor to Tourism & Civil Aviation Minister, Dr. Clarice Modeste-Curwen in the party’s stronghold of St. Mark.

He recalled that the NNP invested heavily in Paul-Lambert over the years to go overseas and study and to come back home but she never did.

He said he preferred to wait and see this coming into fruition before reaching any conclusion that the former female calypso monarch is finally coming back to get involved in frontline politics.

According to the source, this succession plan is questionable in light of the fact that the heir apparent within the NNP will not be able to get a “boost” as Prime Minister with Dr. Mitchell clinging onto the job and denying them an opportunity to prove to the Grenadian people that they can run the country.

“That is selfishness- it is clear that Keith (Mitchell) wants to stay on for the next 5 years,” he said.

The source indicated it is now obvious that Minister Peter David is not being considered as the replacement for Dr. Mitchell as head of the NNP since as a member of the Succession Committee he cannot pick himself for the top job in the ruling party.

He said there are some top NNP officials who believe that the party can face a much stiffer challenge from the newlook Congress in the upcoming poll with the aging PM Mitchell at the helm.

He predicted that PM Mitchell will “have it hard” especially with the young people who might be inclined to gravitate to the much younger 44-year old new NDC leader, attorney-at-law, Dickon Mitchell.

“You have to bring something new to attract young people. Keith feels when he show up (at an election rally) and he dance, he think young people go shout yey, yeh, yeh. I don’t think that will catch the young people again,” he said.

The source stated that the only relatively young person on the current NNP team within the past 5 years is Minister with responsibility for Youth, Kate Lewis and to a lesser extent Minister for Infrastructure Development, Senator Norland Cox.

The NNP is said to be concerned about five of the fifteen constituencies on the island – St Patrick West, St. David, St George North-west, St. Andrew North-west and Carriacou & Petite Martinique.

Prime Minister Mitchell can remain in office until June 2023 but political pundits believe that he might be thinking of setting the date for the poll within a matter of months.