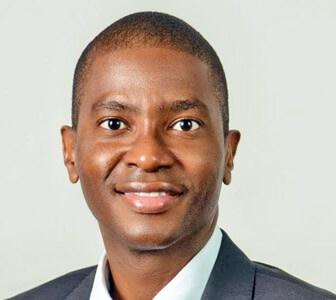 Current Prime Minister Dickon Mitchell has given Grenadians an insight into the dictatorial tendencies of his predecessor in office Dr. Keith Mitchell who was voted out of power in the June 23 general election when the New National Party (NNP) was defeated by the then opposition National Democratic Congress at the polls.

Speaking at a Town Hall meeting in the south of the island, PM Dickon Mitchell drew parallels with accusation made by former Opposition Leader Tobias Clement who often charged that Dr. Keith Mitchell was exhibiting signs of pursuing “a creeping dictatorship” on the island in the manner in which he took over the Vote of Parliament and placed it under the Office of the Prime Minister.

According to Dickon Mitchell, he found a situation after the election in which the offices of the newly elected MPs could not function as there was no money for them in light of the decision taken by his predecessor in office.

“…Four months after elections we are unable to function as MPs because the resources that belonged under the Parliamentary Vote were moved under the Prime Minister’s office and the excuse that Parliament might not be efficient is not an excuse for taking away money that ought to be properly allocated to Parliament,” he said.

“If the Clerk (of Parliament) is not doing his job then as MPs we could complain – the Clerk is responsible for somebody else. You can’t move the money out from Parliament, put it in the Prime Minister’s office so you could give it to who you want because in essence that is exactly what happened,” he remarked.

PM Dickon Mitchell noted that since 2016, the Keith Mitchell-led NNP administration took the vote that was allocated for Parliament and placed it in the Office of the Prime Minister and ran the Parliamentary Offices from there.

He said even the then Prime Minister who is now the current Opposition Leader Dr. Keith Mitchell had admitted that the Prime Minister’s office “does not have the capacity and it should never have because that’s not its job to run or administer the offices of the Members of Parliament.”

Ex-PM Keith Mitchell had contracted a private company named CJ’s Managerial Services, owned by his cousin and his former Secretary, Cynthia Charles to provide the services to the 15 Parliamentary offices.

The new Grenadian leader disclosed that between 2016 and 2022, CJ’s was paid over $13 million as a Service Provider.

PM Dickon Mitchell pointed out that the thinking of the NNP regime at the time seems to be “maybe as there was no opposition in Parliament they feel they could do what they want but Parliament isn’t the Cabinet and the institution of Parliament needs to be respected.”

He said it had evolved into an embarrassing situation as Dr. Mitchell and the other NNP members on the opposition side would have had to come to him to have their staff and utility bills paid.

The Congress leader denied that he had been involved in terminating the contract awarded but it was in fact done by public officers themselves.

Since then, he said there have been requests made of the NDC government by CJ’s Managerial Services to pay them.

According to PM Dickon Mitchell that MP’s including himself have not been able to properly function because Parliament itself has no money to properly staff MP offices and are only now beginning to do this because “we have since instructed the Ministry of Finance to move the Vote back to Parliament.”

He said even the signs for the MP’s offices have not been made as yet and that furniture has not arrived at some of the offices.

He also said that the only client that CJ had was the government of Grenada which is similar to that of the controversial company known as FAITH that is linked to former Education Minister Emmalin Pierre and was paid EC$6.8 million to provide mainly sanitisation for children in schools.