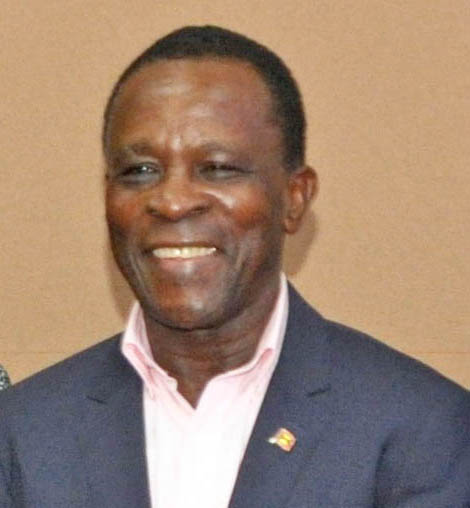 Prime Minister Mitchell – cannot give any positive information on the investigation

Prime Minister Dr. Keith Mitchell has admitted that his ruling New National Party (NNP) government has not made any significant progress on the investigation into the missing EC$52.4 million from the failed Shrimp Farm project in St. Mark.

Speaking on the “To The Point” programme on the Grenada Broadcasting Network (GBN) last Wednesday, the Prime Minister said that government has contacted “our friends internationally and regionally” for help but did not give any specific details.

“Investigations are continuing. It’s been a long process. No formal results yet,” he said.

According to Dr. Mitchell, the Shrimp farm fiasco in which millions have gone missing is “a very difficult one for us”.

“Clearly these people misused the procedures of what we intended but we are not going to give up the attempt to be able to recover (the monies),” he said.

The Shrimp Farm project in Victoria was conducted under the passport-selling scheme known as Citizenship by Investment (CBI) by the Grenada Sustainable Aquaculture (GSA) Limited Company involving the developer Soren Dawody.

Documents obtained by this newspaper points to approval being given to 55 applications by non-nationals seeking Grenadian passports as part of the deal for the Victoria project that never materialised.

The applications for passports resulted in EC$7.5 million entering Government’s Consolidated fund while the developer would have netted EC$41 million for the project.

Government had promised to create an estimated 300 jobs from the project for the people of St. Mark which is said to be the poorest parish on the island with massive unemployment.

According to Dr. Mitchell, Grenada did not really lose money on the project but it was the people who invested their monies in the Victoria project that lost out on their funds.

He said: “Government got its fees from the investors – it’s just that the people who invested in it would not be benefitting from that investment at least for the time being.”

Prime Minister disclosed that the CBI Committee has oversight of the ongoing investigation into the Shrimp farm project in association with the Financial Intelligence Unit (FIU) and the Royal Grenada Police Force (RGPF).

He said these agencies report to him directly as Minister of National Security and as such he can inform the nation that “we have not been able to land any serious results yet”.

THE NEW TODAY has seen documents which indicated that some of the persons who poured in millions into the Shrimp Farm project to obtain Grenadian passports were Russians.

It is the second major project in Grenada in which foreign investors lost millions of dollars in investment under a NNP-run project.

Documents revealed that FIBG bankrolled Mitchell’s NNP on the island in 1999 to its first 15-0 defeat of the opposition in general election.

Information showed that a top NNP party Chairman who is now a Deacon in a prominent church on the island collected thousands of dollars for the party.