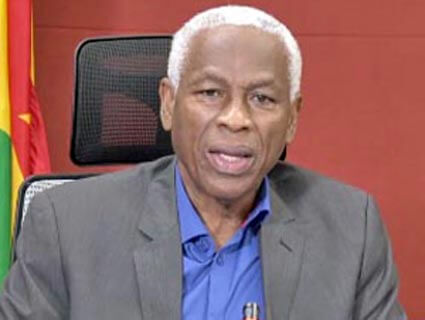 High Court Judge in Grenada gave WRB Enterprises the Go-Ahead on December 3, 2020 to Enforce the Tribunal Award For Millions Against the NNP Government

Faced with an embarrassing legal action filed against the government in a local high court, the ruling New National Party (NNP) administration of Prime Minister Dr. Keith Mitchell was forced to sit down with WRB Enterprises and work out a payment plan for the US$63 million or EC$162 million to buy back its 50 % shareholding in Grenlec.

The regime in St. George’s had suffered a humiliating defeat before the International Centre for Settlement of Investment Disputes (ICSID) Arbitration Tribunal that delivered a judgement in March 2020 in favour of WRB which forced the Prime Minister to find the millions to pay the US Company for its shares in the island’s sole electricity company.

A government insider told THE NEW TODAY that on August 14, 2020, the Florida-based company filed an application in the Supreme Court Registry in Grenada to get a high court judge to give them leave to enforce the award from the International Tribunal against the government sitting in the Ministerial Complex in the Botanical Gardens.

He said the court heard the application on December 3, 2020 and granted WRB its request to register the ICSID award as a final judgement within the Supreme Court of Grenada and to go after government for its money.

According to the source, Prime Minister Mitchell and Public Utilities Minister Gregory Bowen who had led a 26-year attack on WRB over its purchase of majority shares in Grenlec from the 1990-95 Congress government, had to move swiftly out of fear that the U.S Company would attempt to seize important state assets to settle the judgement.

He said that five days after the ruling was handed down by a local judge, the NNP government was on the negotiating table and agreed to the terms of a settlement with the company from the United States by executing “a Memorandum of Understanding regarding potential settlement of Grenada’s liability under the ICSID award”.

He disclosed that the agreement worked out called for the government to pay $US60 million in cash by December 29, 2020 and the balance of US$3 million no later than December 21, 2022 in the form of a Promissory Note.

This agreement which was initially by Minister Bowen paved the way for WRB to transfer in full its 11, 703, 970 shares, which is approximately 61.5% of the total shares of Grenlec.

A senior local attorney-at-law in private practice said if this information is correct then it is clear to him that the decision of the local high court judge to agree for the ICSID award to become part of the court records in Grenada definitely forced Prime Minister Mitchell and Minister Bowen to move quickly to find the money to pay WRB.

“That is what put pressure on them (government). That is my interpretation,” he said.

According to the attorney-at-law, the WRB lawyers now had the option to go after Minister Bowen and the Permanent Secretary in the Ministry of Finance for payment of the money as the late former Attorney Derek Knight, QC did in a judgment matter against the State in relation to the seizure of the estate of former Prime Minister Sir Eric Matthew Gairy by the revolutionary leaders who toppled him in a 1979 coup d’etat.

The lawyer pointed out that Minister Bowen could have been in trouble with his own personal assets if WRB lawyers decided to move against him.

He said: “The Minister of Finance who was in trouble in the Gairy matter and that is where Gregory (Bowen) is now so those fellahs decide before it goes further let’s see how we could pay. Whatever they did to get the money they did it.”

The government eventually did make the payment to WRB Enterprises and its subsidiary company, Grenada Private Power Limited which also held shares in Grenlec through the Eastern Caribbean Securities Exchange.

Under the deal, the Mitchell government was required to deliver the promissory note “duly authorised and executed” by the Government of Grenada for US$3 million to attorneys for WRB no later than December 29, 2020.

WRB also agreed that once payment is received for its shares then all its personnel appointed to serve as Directors on the Grenlec board will tender their resignations with immediate effect and its management contract with the electricity company will also come to an end.

This information was corroborated by a senior employee in the Ministry of Finance who said he had in his possession a document to this effect but was only willing to read from it and to not share with THE NEW TODAY.

He quoted the document as saying that the Promissory Note will commit the Mitchell government “to pay the principal amount of US$ 3 million in immediate available funds to GPP on or before the second anniversary” of the agreement that was worked out between the two sides.

The settlement shares include all the Grenlec shares that GPP acquired as part of the Share Purchase Agreement (SPA).

THE NEW TODAY understands that the government funds that were sent to WRB Enterprises as payment for the shares went through the Grenada Co-operative Bank Limited (GCBL).

It was also reported that any dispute between the two sides on the settlement agreement will be referred to the local high court to be resolved through the laws of Grenada.

The Ministry of Finance official said that WRB and the Mitchell government did sign an agreement consenting to what he said was “the non-exclusive jurisdiction of the Courts of Grenada” to handle “any action or proceeding arising from or relating to this Settlement Agreement”.

The Mitchell-led government has since told Grenadians that it does not intend to hold onto the majority shares in GRENLEC but divest it to locals and was also looking to get help from the Washington-based World Bank to look for an international Management Company to run the electricity company.