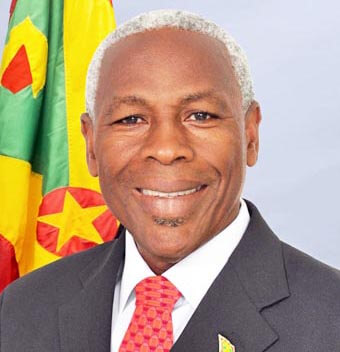 A former Permanent Secretary in the Ministry of Finance has disputed claims made by members of the Keith Mitchell-led government that the administration used loans and grant funding that were not spent on 2020 Capital projects due to Covid-19 to come up with the money to pay U.S Company WRB Enterprises for its majority shareholding interest in Grenlec.

According to the top former civil servant, Grenadians have a right to question where the government has found the savings from unnamed capital projects.

He said the government is trying to give the impression that it has millions of dollars waiting to start projects, but Covid came along and prevented them from doing it and decided to spend the money on the Grenlec share issue.

The official dropped hints that the US$60 million that was given to WRB Enterprises came from the sale of Grenadian passports.

Speculation is rife that these passports were sold to investors from China.

The ex-government official did not rule out a possible involvement in the Grenlec issue in a year or two from some Chinese investors.

He said that the donors for capital projects do not handle money in the way in which Mitchell’s ruling New National Party (NNP) administration is trying to portray.

“What are they telling us? Is it that you have a $100 million put down in a bank somewhere that you couldn’t spend because of Covid? Is that what they are trying to tell us? They’re making joke – I don’t know who they are going to tell that,” he said.

The ex-government official pointed out that there is no magic in the way in which capital funds are handled.

He said: “When you go in a bank and take out a mortgage, does the bank give you the whole mortgage one time? Funding the capital project is no different – you have disbursements. From different stages of the project you get money. So if the project isn’t going to start nobody is going to give you money. It is that simple.

“So if Covid is the problem they will wait for Covid to over and will say – we are ready to start the project now and then they will give you the money to start the project and over time they will give you at different stages. But nobody will say ok, am planning to fund a project in Grenada for US$15 million and let me just take the US$15 million and give it to the government so the government will spend it when it is ready. No, that doesn’t happen like that.

According to the retired public officer, the cash-strapped Mitchell-led government does not have the luxury of any money in Grenada sitting down in a bank from any capital project to give to WRB Enterprises for the Grenlec shares.

“The government doesn’t have no money sitting down somewhere. “That is not how this works,” he remarked.

He told THE NEW TODAY that the move by the Mitchell government against WRB does not make any sense at this point in time.