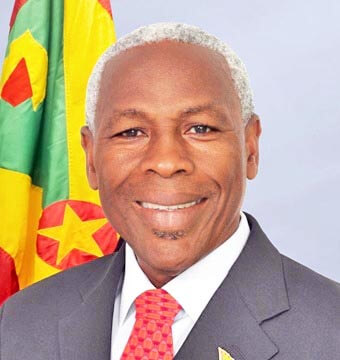 For the better part of 30-years, Public Utilities Minister Gregory Bowen has been involved in the life of the Grenada Electricity Company (GRENLEC).

Bowen took up the position of General Manager during the 1984-90 rule of the New National Party (NNP) when current Prime Minister Dr. Keith Mitchell served as Minister of Communication and Works and the Line Minister for the then state-owned utility.

The Mitchell/Alexis combination featured in the Lindsay Worrell-led Commission of Inquiry into alleged wrongdoing into a number of state bodies that fell under the island’s longest serving Prime Minister.

The report from the ex-high court judge, Justice Worrell found evidence that Bowen had purchased an engine for Grenlec without approval from the Board of Directors.

Grenadians at that time grew accustom to frequent power outages referred to as load shedding and blockouts of electricity supplies.

He was removed as General Manager of the utility under the Congress government of Sir Nicholas Brathwaite during the 1990-95 period in which the loss-making Grenlec was privatised amidst protest from the NNP then under control of Dr. Mitchell.

The two led the onslaught against Grenlec and its new owner, WRB Enterprises of Tampa, Florida for the next 26 years.

The company is now back in the hands of the Grenada government at a cost of US$63 million in a deal that was finalised over the Christmas holiday period.

As a public service, THE NEW TODAY reproduces extracts from the Worrell report on life under Grenlec with Bowen as its General Manager:

THE GRENADA ELECTRICITY SERVICES LIMITED
This chapter is concerned with the Grenada Electricity Services Limited, a private company, which was incorporated in Grenada in 1960. Among the many objects set out in its Memorandum of Association, the company is empowered – “To carry on the business of manufacturing, producing accumulating and distributing and dealing in electricity and electro motive force and in nuclear energy and in all similar agencies and substitutes there-for, and of supplying the same for lighting, heating power and all other purposes whatsoever.”

The Grenada Electricity Services Limited has an authorized share capital of 2,000,00 ordinary shares of $5.00 each.

According to the returns filed in the Registry, the issued and fully paid up shares of the company are 323,705 and the Government of Grenada is the principal shareholder.

The company provides electricity for Grenada together with Carriacou and Petite Martinique. In recent years there has been considerable improvement and expansion in the electricity services provided for these islands and much of this has been attributed to the efforts of the present Manager Gregory Bowen and the former Chairman of the Board of Directors Denis Campbell.

Apart from a few isolated cases, in general, there is a good relationship with workers and management. There seems to be a very high level of moral among workers and the staff.

Employees are allowed to share in the profits of the company and there is an on-going scheme where workers receive on the job training in order to make them more skilled in the performance of their duties.

No complaints by private citizens against the level of services provided by the company were related to the Commission except in respect of power outages” which under-takings of this kind normally experience.

The system, which obtains at the company in relations to its procurement of practices and procedures as related to the Commission is as follows-

(a) OVERSEAS PURCHASES
The Head of the Department requests through the Manager quotations from one of more suppliers for the material or equipment required. The manager of the Head of the Department evaluated the quotations. Having agreed on the supplier. A written order approved by the Manager of the Accountant is sent to the supplier. In cases of urgency, the Head of Department or Engineer would send order by telephone and a written order would be submitted later.

Where large orders are involved for capital projects, tenders are requested and after evaluation and selection, the approval of the Board of Directors is required.

(b) LOCAL PURCHASES
The Head of Department sends a request to the Accountant for a requisition. This required the approval of the Accountant, expect in cases where it involves incurring large expenditure, the Manager’s approval must be given before a purchase order is written up.

The stores of the company are under the control and supervision of a storekeeper who is required to keep records showing the date and quantity of stock received and the date, quantity and the person to whom it is issued.

THE PURCHASE AND INSTALLATION OF THE MIRRLEES 16 K V MAJOR 5 M W DIESEL ENGINE GENERATING SET
In 1986, Gregory Bowen ordered for the use of the company one Mirrlees 16 K V Major 5 M W Diesel Engine Generating Set. The cost of this set amounted to £345,000, while the cost of ancillary electrical equipment amounted to £230,000. There is nothing in the minutes to indicate that the Board of Directors had given its prior approval to the purchase of this equipment or that any feasibility studies were carried out and presented to the Board. The contract for the purchase of this set was approved by the Board of Directors on 13th March, 1987 and the set arrived in Grenada on 12th August, 1987. Certain preparatory work was requited to the building in which the set was to be installed. This work did not commence until October. In the meantime, the set was stored in a metal container on the premises of the Company. In November it was discovered that the crank-shaft had rusted in two places. The crankshaft had to be returned t o the supplier to be repaired at additional expense to the Company.

Preparation of the foundation bed for the installation of this 5 M W Diesel Generating Set has proved very costly. Not only did it entail the removal of our generating engines, but also the breaking up of concrete and steel foundation, this had to be done by hand instead of pneumatic drill so that the foundations for the other engine would not be upset by vibrations. The foundations are now complete and the bed-plate and radiators are in place.

In September, 1988 the Chairman of the Board of Directors wrote to Mr. Keith Braveboy and offered him the contract for “Consulting Services – Civil and Structural works.

Installation of Mirrless K V 16M 5M W Diesel Generating Set at Queens Park.” A list detailing the scope of works to be carried out accompanied this offer and Mr. Braveboy was requested to confirm acceptance of scope of works and to state his fees. (Vide Exhibit Grenlec B.B – 1 in Appendix IV).

Mr. Keith Braveboy replied to the Chairman’s letter on the 14th October, 1988 stating that the scope or works set out in the letter was acceptable to him. He pointed out areas of work were specialist skills were required and suggested that there be a separate contract for each area pointed out. (Vide Exhibit Grenlec G.B. – 2 in Appendix IV).

On 1st December, 1988, Mr. Braveboy wrote to the Manager informing him of “developments in the execution of the project which have increased significantly the scope of work and the dept of engineering services required.” Mr. Braveboy recommended “new work” at an additional $200,000.00. Mr. Braveboy’s statement of estimated costs as stated in his letter is –

A document was presented at the Inquiry showing consultancy fees paid to Mr. Braveboy and Mr. Winston Gabirel for the period 10.3.89 – 03.11.89 for the 5 M W Project. (Vide Exhibit Grenlec G.B. – 3 in Appendix IV). Winston Gabriel, a full-time employee of the Ministry of Housing and a member of the Board of Directors at that time, was employed by the Company to represent the Company in Civil Engineering and Structural works.

In his explanation as to who was involved in the civil engineering and the structural works, and the total expenditure involved Mr. Gregory Bowen said – “Braveboy was contracted to do the building because he is a steel engineer. Pat Gallager did the demolition of the beds. Ormrod sent out someone to build the new beds. As far as I know Braveboy did not do any construction work on the new project.”

“Cost of Project is approximately 5 million dollars. 2 million dollars for construction, 3 million dollars cost of 5 M.W. Engine and ancillary electrical equipment”. (Witness undertake to produce statement showing details of expenditure of 5 M.W. Project. Statement produced latter. Vide Exhibit Grenlec G.B.-20) “The cost of the crane was U.S,$65,512. The project is not yet completed. The date of completion is set for March, 1991. By that time the new generating set will be in operation. Estimated additional costs $400,000.00. This includes replacement of the damaged crankshaft for the 5 Megawatt Generating Engine.”

Later in Mr. Bowen’s evidence he said – “Pending the installation of the 5 Megawatt Set we have bought four small sets. This was necessary to meet the island’s demands. If there was proper planning it would not have been necessary to purchase the four new sets if the 5 Megawatt set was installed immediately on arrival. The cost of the four new sets is £170,000.00. These sets are operating at the power station outside. The 5 Megawatt is cheaper to operate. The four new sets are operating in containers. At the moment we are looking to spend $5.5 million more to complete the project. The total cost is approximately $10.5 million.’

At the 31st October, 1990, the Company had paid interest amounting to $1.2 million on monies borrowed to finance the project. This sum is not included in the expenses listed in Exhibit Grenlec G.B. – 20.

PROPERTY AND FINANCES OF THE COMPANY
For some time now the Company has been forced to maintain a bank overdraft so as to enable it to carry on its operations. At present the bank overdraft stands $2.3 million. In the Administration Report June – September, 1990 the figure was approximately $2 million. (Vide Exhibit Grenlec G.B. – 6 in Appendix IV). One of the contributing factors is the failure of the Company to collect debts due from Government and state corporations.

During the past three years the Company has invested in Real Estate to the value of 3.3 million dollars. (Vide Exhibit Grenlec G.B. – 4 Appendix IV).

AUDITORS’ REPORT
In the Auditors’ qualifying letter dated May 21, 1990 relating to the financial statements of the Company for the year ended December 31, 1989, attention was drawn to several accounting errors discovered in the course of the audit. In this letter, the Auditors also drew attention to the fact that the sums of money amounting to $643,267 and $1, 353, 362 representing amounts retained from staff salaries for the C.P.S scheme and the Company’s contribution to employees’ Provident Fund respectively were not invested outside of the Company. The Auditors recommended tat “those amounts should be invested outside of the company in a proper Trust Fund, so that as and when members or staff retire they would be assured of receiving a pension together with interest or other such accretion to the Fund.”

In relation to Sundry Creditors the Auditors recommended that certain amounts owing for salary deductions for P.A.Y.E. and National Insurance appearing in the accounts for over three (3) years be investigated. Likewise in relation to amounts due by C.D.C. with regard to a number of accounts which had not shown movement for our twelve months, and in some cases for even longer periods, it was recommended that effort be made to collect outstanding balances or write them off. The Auditors’ qualifying letter appears at Exhibit Grenlec H.J. – 1 in Appendix IV and the audited financial statements appear at Exhibit Grenlec H.J – 2 in Appendix IV.