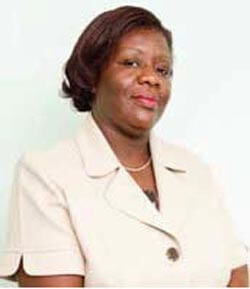 The Keith Mitchell government in the Botanical Gardens is continuing to put up resistance to former Cabinet Secretary Gemma Bain-Thomas who has approached the high court to get monies due to her for the manner in which she was unconstitutionally removed from the position.

Bain-Thomas is entitled to nearly one million EC dollars based on s high court ruling in her favour against Mitchell’s ruling New National Party (NNP) administration following its victory at the polls in 2013.

Dr. Mitchell called the Cabinet Secretary within hours of his return to power following the elections and signaled to her that he did not want her to serve his government in that capacity.

Bain-Thomas was confirmed in the position by the 2008-13 National Democratic Congress (NDC) of former Prime Minister Tillman Thomas.

The embattled Cabinet Secretary has filed a motion in court to seize a number of government’s removable assets like vehicles that amount to close to one million dollars in order to satisfy the court judgment.

A hearing of the matter was held last week in which Solicitor General, Dia Forrester opposed the move on behalf of the State.

As a public service, THE NEW TODAY reproduces in full the case as put forward by the Solicitor General:-

IN THE SUPREME COURT OF GRENADA
AND THE WEST INDIES ASSOCIATED STATES
HIGH COURT OF JUSTICE
(CIVIL)
GRENADA
CLAIM NO. GDAHCV2020/00191
IN THE MATTER of sections 1,8 and 16 of the Constitution of Grenada, Schedule 1 to the Grenada Constitution Order 1973, Chapter 128A of the Continuous Revised Edition of the Laws of Grenada
AND
IN THE MATTER of an application by Gemma Bain Thomas for a declaration as to the contravention in relation to her of sections 1 and 8 of the Constitution of Grenada and for relief pursuant to section 16 thereof
BETWEEN
GEMMA BAIN THOMAS
CLAIMANT
AND
THE ATTORNEY GENERAL OF GRENADA
DEFENDANT
DEFENCE TO THE ORIGINATING MOTION AND AFFIDAVIT OF THE CLAIMANT

(1) If any person alleges that any of the provisions of sections 2 to 15 (inclusive) of this Constitution has been, is being or is likely to be contravened in relation to him (or, in the case of a person who is detained, if any other person alleges such a contravention in relation to the detained person), then, without prejudice to any other action with respect to the same matter which is lawfully available, that person (or that other person) may apply to the High Court for redress.

(2) The High Court shall have original jurisdiction

Provided that the High Court may decline to exercise its powers under this subsection if it is satisfied that adequate means of redress for the contravention alleged are or have been available to the person concerned under any other law.

(3) If in any proceedings in any court (other than the Court of Appeal, the High Court or a court martial) any question arises as to the contravention of any of the provisions of sections 2 to 15 (inclusive) of this Constitution, the person presiding in that court may, and shall if any party to the proceedings so requests, refer the question to the High Court unless, in his opinion, the raising of the question is merely frivolous or vexatious.

(4) Where any question is referred to the High Court in pursuance of subsection (3) of this section, the High Court shall give its decision upon the question and the court in which the question arose shall dispose of the case in accordance with that decision or, if that decision is the subject of an appeal to the Court of Appeal or to Her Majesty in Council, in accordance with the decision of the Court of Appeal or, as the case may be, of Her Majesty in Council.

(5) Parliament may confer upon the High Court such powers in addition to those conferred by this section as may appear to be necessary or desirable for the purpose of enabling that court more effectively to exercise the jurisdiction conferred upon it by this section.

(8) Any court or other authority prescribed by law for the determination of the existence or extent of any civil right or obligation shall be established by law and shall be independent and impartial; and where proceedings for such a determination are instituted by any person before such a court or other authority, the case shall be given a fair hearing within a reasonable time.

(d) The facts being relied on by the Claimant in these proceedings are identical to the facts used by the Claimant in GDAHCVAP2015/0013 Gemma BainThomas and the Attorney General of Grenada and the Public Service Commission and GDAHCV2014/0082 Gemma Bain-Thomas and the Attorney General of Grenada both of which are concluded and therefore, are res judicata matters that cannot now be used to relitigate issues of like kind.

(a) that request is expressly prohibited by Section 71 of the Civil Procedure Act Chapter 55 of the Revised Laws of Grenada 2010 as amended.

(b) that there is no right at common law for a writ of execution against the State for property owned by the State. In the absence of the same, there is no legal basis on which the Court may grant an order for the sale of assets of the State.

The Defendant asserts those are nothing more than bare assertions which ought to be struck out for failure of the Claimant to plead a Claim that gives rise to a cause of action to be defended.

I, Patricia Clarke, Permanent Secretary in the Ministry of Finance being duly authorised by the Defendant hereby certify that the facts that in this Defence are true