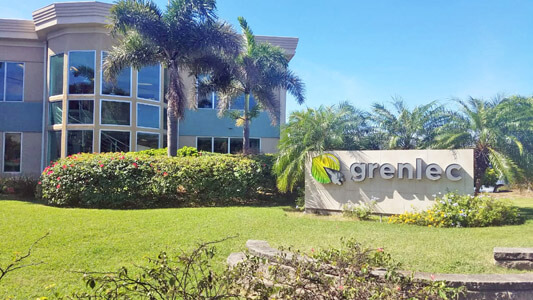 A member of the newlook management team for the state-controlled Grenada Electricity Company (GRENLEC) has confirmed that the financial situation of the company has deteriorated significantly within the past 6 months.

The influential member made the comment to THE NEW TODAY against the backdrop of reports that the island’s sole power electricity generating utility is looking to secure a multi-million dollar loan to honour an agreement signed on the eve of the June 23 general election covering salary increases for workers and improved fringe benefits.

“The financial performance and position there has deteriorated significantly over the last 6 to 7 months period,” he said.

Grenlec is said to be seeking permission from the new Board of Directors to borrow EC$15 million dollars from a local financial institution to meet demands from the Technical & Allied Workers Union (TAWU) for salary increases and fringe benefits for its estimated 160 employees.

The member attributed the 25% discount of electricity bills to consumers by the former Keith Mitchell-led government in the aftermath of the Covid-19 pandemic as “a major factor” for the financial woos of Grenlec, along with the constant increase in fuel prices, and the salary increase settlement reached with TAWU.

He also said that the “significant retroactive” payment that was agreed upon between Management and the union “would have added significant expenses to the operations” of Grenlec.

According to the official, these three issues have had the effect of placing Grenlec “in a completely different trajectory from what it was normally accused to” over the years as a monopoly in operation.

“If you had one at a time at different times you might have been able to overcome it much easier but when you have what I call the perfect story – when you have three different things hit you at the same time (there will be negative implications)”, he said.

The insider disclosed that the signal coming out from the newly installed Board of Directors is that the members have no plans at this stage to engage TAWU in renegotiation of the agreement for salary increases for employees and improved fringe benefits.

“You can’t renegotiate that – I have not even thought of that because it means that you cannot be trusted as an organization anymore. It’s like a government negotiating something, the administration changes but it is still the government. It is still the company that had the negotiation and agreed to certain things – so you can’t change that,” he said.

When asked how Grenlec proposes to pay the money and honour the agreement with TAWU, he said: “We are working on different strategies for that and we hope we have the co-operation of the union in that regard but given time I think we can overcome it.”

The official was also asked to comment on the thinking of the new management at Grenlec on moving in a greater way towards solar power.

He said: “It’s kind of early. I would expect that that will be part of the landscape that one will be looking at because that’s the way the world is going – trying to use more renewables for various reasons, not only the climate change impact.”

“That is one way hopefully of stabilising the cost of electricity and not having the spiral that you could have with the changing price of oil. That naturally is a way to go.”

However he said the board is more concerned at the moment with trying “to turn around the financial position” of Grenlec” which deteriorated under the previous rulers.

THE NEW TODAY understands that the newly installed GRENLEC Board of Directors, headed by its former Financial Controller, Benedict Brathwaite was expected to have its second meeting this week following its initial sitting earlier in the month.

TAWU and GRENLEC were at loggerheads for months over negotiations to reach agreement on amendments to be made to the existing Collective Labour Agreement.

The former Keith Mitchell-led administration took back control of GRENLEC some 20 months ago after it lost an international arbitration tribunal hearing that forced it to find over EC$200 million to repurchase the controlling shares from ‘WRB Enterprises.’