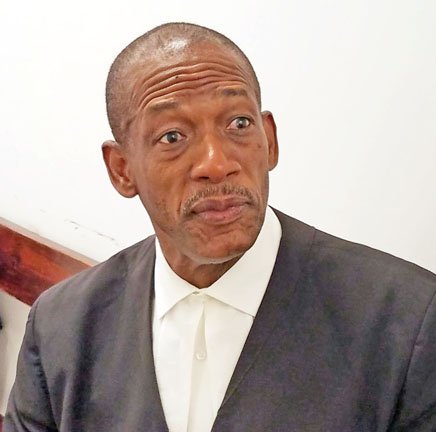 Former Attorney General, Cajeton Hood has accused the current executive of the Grenada Union of Teachers (GUT) of going behind his back to speak to his client as part of a move to settle the “Work To Rule” with the Keith Mitchell-led ruling New National Party (NNP) government.

Hood has officially written to GUT to inform the body that he was withdrawing his “free” legal service to them based on the conduct of the GUT Executive under newly installed President, Marvin Andall.

The attorney-at-law described this move as “a clear demonstration of unethical and unprofessional conduct by your leadership led by Mr. Marvin Andall”.

Hood is representing a secondary school teacher who has taken government to court for docking her salary following strike action taken by GUT in a dispute with the regime on the controversial 25% pension and salary issue involving public officers.

THE NEW TODAY understands that the attorney had expressed a willingness to the previous GUT Executive under former President, Lyden Lewis to file a class action lawsuit against the Mitchell government on behalf of all teachers whose salaries were docked.

In recent weeks, the Mitchell administration has promised GUT a financial payment to bring an end to the “Work To Rule” but on conditions that it got the teacher to withdraw the court case against the State.

In his letter of withdrawal, the former Attorney General accused the Andall-led GUT Executive of “entering into discussions with opposing and third parties without consulting with or even informing counsel, which discussions affect and effectively compromise legal matters that are before the court”.

Hood was clearly referring to a meeting which Andall had with attorney-at-law, Ruggles Ferguson to discuss issues which related to the “Work To Rule” and the demand by government for the secondary school teacher to withdraw her court case.

When contacted on the issue, Andall told this newspaper last week that he only spoke with the teacher in order to get an understanding of the status of her court case against government.

According to the attorney, the draft agreement which was being discussed between the GUT Executive and the Mitchell government was clearly aimed at compromising the case that he filed in court on behalf of the school teacher.

Hood told the GUT executive that he has come to the conclusion that “the necessary trust and confidence which is the foundation of the relationship between client and counsel is obviously and irretrievably absent”.

The lawyer urged the teachers’ union to “take the necessary action forthwith to ensure that the records at the Supreme Court Registry show that the GUT is no longer represented by Mr. Anthony C.K Hood and Justis Chambers”.

Andall has said that GUT is not worried about the withdrawal of Hood’s service since it was confident that it can obtain “better legal representation” elsewhere from that which was being provided by the former Attorney General during the 2013-18 rule of NNP administration.