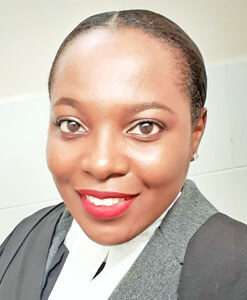 High court judge Justice Raulston Glasgow as ruled heavily in favour of the male companion of a Grenadian couple who were living in the United Kingdom but returned home to invest in property.

The two – Henry Simon and Deanne Isaac – went separate ways after spending on property in Golf Couse in South St George and also in St Andrew.

Isaac took Simon to court claiming that she was entitled to 50% of each of the property.

However, Justice Glasgow decided to award Simon 80% of the property at Golf Course and 50% of the other one based on his financial contributions to both transactions.

The judge also ordered the properties to be sold if the parties cannot come up with the funds to settle the matter.

As a public service, THE NEW TODAY has decided to reproduce the Justice Raulston Glasgow ruling in the court battle among the two disputing sides:-

[28] Ms. Isaac also pleads that she has not benefited from that rental income and that it was the intention of the parties to rent the ground floor apartments to generate income to cover the mortgage payments. Mr. Simon in his evidence avers that for a considerable period the property was uninhabitable and that no tenants occupied it. All monies that were obtained from the renting of the apartments were paid into the joint account. This assertion is supported by Ms. Isaac’s witness, Mr. Neehad Samaan, one of the tenants of the property, who avers that he was instructed to pay his rent into the parties’ joint account at the bank. There is no evidence that the proceeds of rent were not deposited as instructed. Further, there is no evidence that proceeds of the rent were not used to service the mortgage as intended.

Maintenance and improvement of the property
[29] Ms. Isaac pleads that she contributed toward the maintenance and upkeep of the property. However, she has not exhibited any evidence of her contributions in this regard. Her witness Kellon Charles did not assist her much in her efforts on this score. In his evidence Mr. Charles states that he was contracted by both parties to complete building works to the first-floor apartment and to create two apartments on the ground floor. Mr. Simon vigorously contests the claim that Ms. Isaac contributed to the maintenance and improvement of the property.

Mr. Simon has exhibited several receipts which reveal that he purchased cement, cement blocks, paint, among other construction materials for the repair and upkeep of the property. There is also evidence from David Clarke and Augustus Ettienne who were contracted by Mr. Simon to perform certain works on the property. Mr. Ettienne states that he constructed four wrought iron gates for Mr. Simon to replace the front gate that was allegedly removed by Ms. Isaac. Mr. Clarke states that he carried out general construction work for Mr. Simon including painting of interior walls, doors and cupboards and concrete works in the yard of the property.

[31]   All in all, it is clear that the evidence in this case rebuts the presumption of joint beneficial ownership of the property. Mr. Simon asks the court to assess the extent of sharing as 85% in his favour. My assessment of the totality of the evidence suggests to me that this request is fair and appropriate in all the circumstances but I am of the view that the evidence reveals that Ms. Isaac is entitled to a little more than 15%. With respect to the extent of the interest therefore I find and so declare that Ms. Isaac’s contributions to the property are assessed at 20% and Mr. Simon’s contribution at 80%.

Counterclaim for 50% share in the Mirabeau Property
[32] It is uncontroverted that the property at Mirabeau, Saint Andrew is recorded in the joint names of the parties. A deed of conveyance dated 30th August 2006 shows that the parties together purchased property at Mirabeau for $976.00 from one Mary Mason9. As stated earlier, where there is joint legal ownership there is a presumption of joint beneficial ownership. In this case, Mr. Simon in his counterclaim seeks 50% of the beneficial interest in the Mirabeau property.

Ms. Isaac has not denied that Mr. Simon is entitled to a half share of the property in her pleadings nor has she addressed this property in her evidence or submissions. Apart from Ms. Isaac’s denial of the assertions in the counterclaim, she has not led any evidence to rebut the presumption of the joint beneficial ownership. Therefore, I find and order that Mr. Simon and Ms. Isaac are each entitled to a 50% beneficial share or interest in the property situate at Mirabeau, Saint Andrew.

Counterclaim for breach of contract
[33]  Mr. Simon claims that in or about 2009, Ms. Isaac orally agreed that she would accept the sum of £8,000.00 in exchange for being removed from the mortgage and all involvement with the property. Further, he claims that Ms. Isaac accepted the sum of £8,000.00 being the sum of £6,000.00 as Ms. Isaac’s investment and an additional £2,000.00 which was gratuitous. Notwithstanding, her acceptance of the proposal, Mr. Simon asserts, Ms. Isaac reneged on this agreement and repaid him the sum of £6,000.00 leaving a balance of £2,000.00 together with interest of £30.00 per month. As at the date of filing of the counterclaim, Mr. Simon complains that the sum of £5,780.00 was due and owing.

[35] This documentary evidence has not been disputed by Ms. Isaac. Thus, it is undisputed that Ms. Isaac is bound by her bargain. The sum of £2,000.00 together with accrued interest must be repaid to Mr. Simon by Ms. Isaac. I find and order that Mr. Simon is entitled to special damages in the sum of £5,780.00 together with interest at the rate of 3% per annum from the date of filing of the counterclaim (4th November, 2016) to the date of judgment.

Conclusion
[36] For all these reasons, it is hereby ordered that:

(2) Deanne Isaac (Ms. Isaac) is entitled to 20% beneficial interest in the property known as Lot No. 7 Section C situate at Golf Course in the parish of Saint George measuring 5,343 square feet which in mentioned and referred to in a Deed of Conveyance dated 24th February, 2005 recorded in Deeds and Land Registry of Grenada in Liber 10-2005 at page 587 (the property).

(3) The defence and counterclaim filed on 4th November, 2016 is granted in part.

(4) Henry Simon (Mr. Simon) is entitled to 80% beneficial interest in the property.

(5) Mr. Simon is awarded special damages in the sum of £5,780.00 together with interest at the rate of 3% per annum from the date of filing of the counterclaim (4th November 2016) to the today’s date.

(6) Costs of the valuation shall be borne equally by the parties.

(7) Mr. Simon shall have the first option to purchase Ms. Isaac’s 20% share of the value of the property contained in the valuation within 90 days’ receipt of the valuation.

(9) Mr. Simon and Ms. Isaac are each entitled to a 50% beneficial interest in the property situate at Mirabeau in the parish of Saint Andrew measuring 3,525 square feet which is mentioned and referred to in the Deed of Conveyance dated 30th August 2006 and recorded in the Deeds and Land Registry in Liber 11-2007 at page 782.

(10)There shall be no order as to costs in light of each party enjoying partial success on their claims.