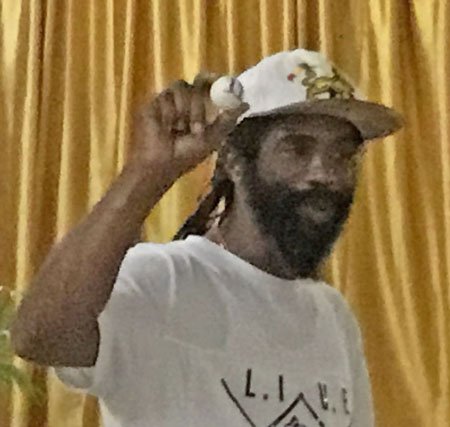 “We can find reasons to sing and dance.”

“For me an independence calypso should be instructive, informative, patriotic and more so entertaining. It should highlight the nice things about the country and also instructing as well.

“I always try to make sense out of whatever is happening, so yes, you would hear some things in my song but despite our perils, we are not the worst and we could find reasons to sing and dance,” said Niles, a multiple crown winner in the competition.

He is among twelve of the country’s top calypsonians preparing to perform at the Sauteurs Bus Terminus on Saturday evening, at the annual competition and his focus on national pride and patriotism has been echoed by several of his fellow competitors.

Rootsman Kelly Clyne, also a past crown holder in 2016, believes Saturday’s show should be about celebrating the nation. “Especially around independence time I always focus my songs to build the nation.

“Independence time is a time of patriotism so I would not want to focus on any negative vibes about the country, at this particular time.”

Edison Francis, known as “Teacher Eddie” is returning to the competition after a long absence and he too will dedicate his presentation to patriotism and pride.

“It is Independence, it is celebration, it is about Grenada and I like to bring that vibes. Most of the songs I have done on independence are upbeat songs to lift the spirit up in times like this.

“I don’t like the bashing down on independence. It is our thing and we have to make Independence what it’s supposed to be.”

The twelve performers were given their order of appearance Tuesday during a random draw at the Grenada Trade Centre where they were practicing with the show band.

Rootsman Kelly also made an appeal for more support from non-government sources to fund the competition.

He said every year it gets more costly to prepare for competition and the cash prizes and appearance fees are quite inadequate.

“You see how the government doing. It has been about six years and the prize money remains the same so we can’t really depend on them to put anything more on top of it. We not looking for that.

“We’re looking at the corporate sponsors, the business people, citizens, so people in the media could make that call.”

Clyne said a calypsonian can spend more than $3000.00 just getting to the stage with expenses such as band and back-up singer fees, transportation and wardrobe.