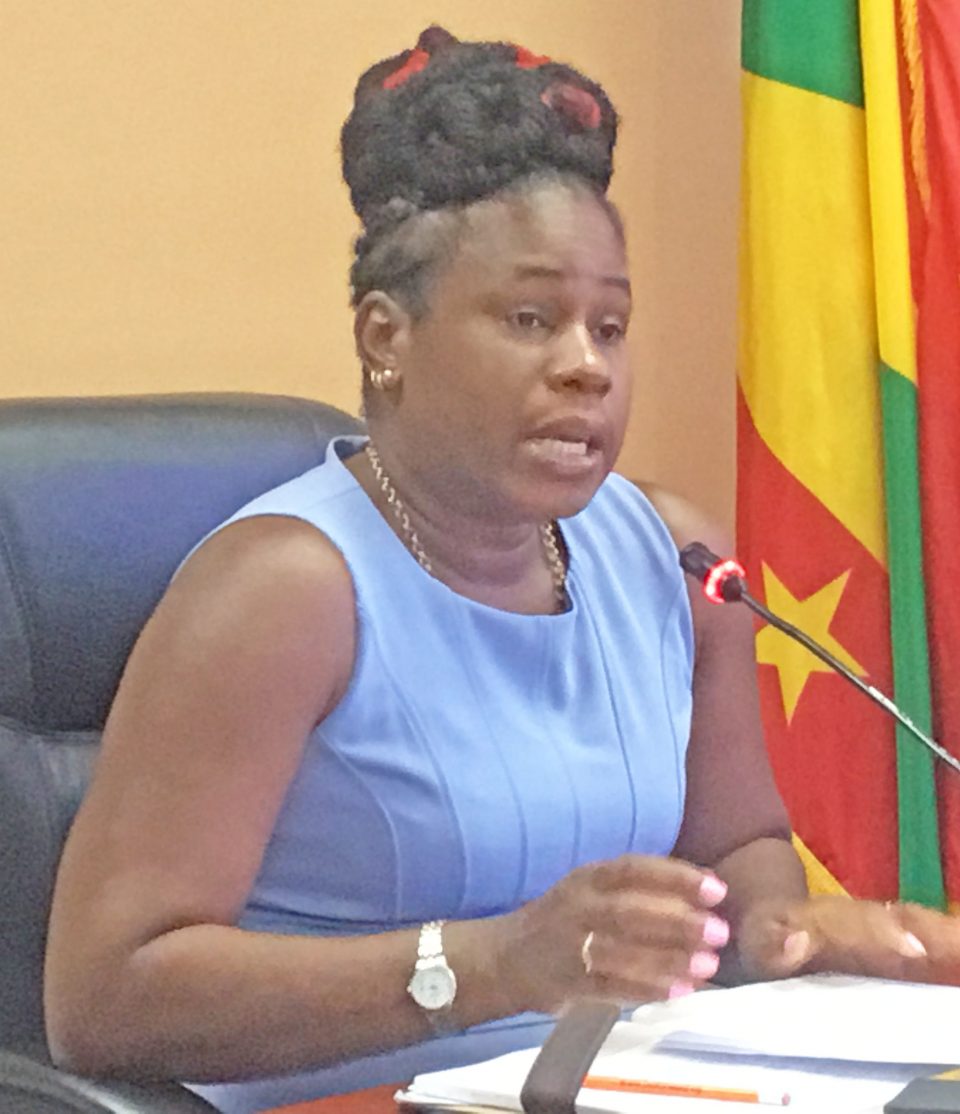 Press Secretary in the Office of Prime Minister, Dr. Keith Mitchell has gone one step further in her attempts to control the questions put to government officials by members of the local media.

This week Philomena Robertson sought to block questions from reporters regarding Grenada granting citizenship and national passports to people originating from countries that are considered by the United States to be State sponsors of international terrorism.

The Mitchell-led Parliament has passed legislation to keep secret, the country of origin of those who are granted citizenship through the Citizen By Investment (CBI) programme.

Documents filed in the Supreme Court Registry in a dispute related to the Levera project show that at least eight persons who are now holders of Grenadian passports are from countries such as Iran, Iraq and Syria, which are on the 2017 U.S State Department list.

On Tuesday, questions regarding this situation were put to International Business Minister Nickolas Steele and visiting US Ambassador to Grenada Linda Taglialatela, who is based in Barbados but was on the island to brief the public on the impending arrival of US Navy Ship, USNS Comfort which is traveling the region on a goodwill mission.

At the end of the formal news conference regarding the arrival of the vessel, the Ambassador was asked by senior reporter, Calistra Farrier to comment on the CBI programme, which allows people from countries of concern to the US to travel the world as Grenadians.

Press Secretary Robertson appeared determined to prevent the ambassador from discussing the matter and issued a strong reprimand to the journalist who raised the issue.

“Ambassador is here for the purpose of speaking about the US Navy Ship, the Comfort, and let that be the subject of all questions, even after the post-Cabinet briefing,” Robertson sternly warned the reporter, while physically trying to block access to the US Ambassador.

Minister Steele also chimed in his support for the Press Secretary saying, “She (Ambassador Taglialatela) is not here for that”.

Their protests were overridden by Ambassador Taglialatela, who said she did not mind answering the question about the US position on Grenada giving passports to persons coming from countries which the US believes are providing aid and comfort to terrorists.

To Robertson’s surprise, the U.S Ambassador said, “I don’t mind answering”. The U.S envoy went on to say that while the United States supports Citizenship By Investment, her country is concerned about the danger it poses.

“The United States is obviously concerned because once someone gets a passport from one of the Commonwealth countries, these individuals have greater access to travel.

Ambassador Taglialatela called on Grenada and other countries involved in the sale of passports to be “cautious”. “So yes, while we support Citizenship By Investment Programmes, we do encourage people to be cautious and do due diligence before they give passports to people.”

“If these countries are offering passports to Iranians or Syrians, obviously it causes us some concern but again, we continue to do our due diligence before we allow them to our country.”

This latest move by the Press Secretary is part of an emerging pattern designed to muzzle local media. At a previous Post-Cabinet briefing, Robertson, reading from a prepared statement, accused the media of being disrespectful and unprofessional.

She did not cite any specific instance during her reprimand of the media and the local Media Association has defended its members, saying there have never been instances when reporters have shown disrespect or acted unprofessionally.

The Association called on Robertson to apologise, deeming her statements to be an attack on Press Freedom.

So far she has ignored the Association which said in a statement last week that “alternative measures” would be taken to deal with the matter if Robertson does not apologise during last Tuesday’s Press Briefing.

Instead she has chosen to add a new element to the weekly press briefing by allowing the public to participate in the session by asking questions via the state-controlled Government Information Service social media platform.