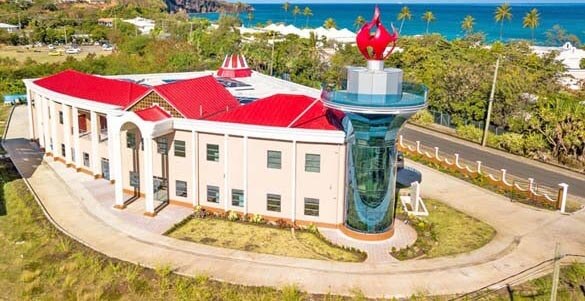 That’s the amount of money that the Grenada Olympic Committee (GOC) has not been able to give an account for since 2013 to its parent body, the International Olympic Association (IOC) following an audit of its financial statement.

This development which was brought into the public arena by THE NEW TODAY has resulted in the resignation of five of the nine member Board of Directors including some big names in the sporting arena in the country.

Among those who quit as Directors are attorney-at-law and Chief Executive Officer of Geo. F. Huggins & Co, Anya Menezes Chow-Chung who represents Karate on the GOC, as well as President of the Grenada Swimming Association (GSA), Peron Johnson and Dr. Jane Noel who represents several sporting disciplines on the local body.

THE NEW TODAY understands that Ralph James who is the representative of the Grenada Boxing Association (GBA) had also tendered his resignation in the wake of the money issue facing the committee.

According to a well-placed source, it is a very unfortunate development which the committee, headed by veteran sporting administrator, Royston LaHee has found itself in at the moment.

“They have some challenges which should never have gotten where it is,” he said.

A group called Olympic Solidarity, which is an arm of the IOC and is responsible for tracking the use of the funds given by the parent body, is the one pushing for GOC to account for the money.

The group reportedly sent in their own auditors into Grenada, Price Waterhouse & Coopers who identified some areas that they wanted clarified from the LaHee-run board on the money spent.

The source pointed out that if the local Olympic body cannot give an account for the use of the funds then the reality of the situation is that the money would have to be repaid.

He noted that GOC has no money-generating business of its own to bring in that kind of amount since it depends primarily on funds from the IOC.

The GOC held a Council meeting on Saturday at its newly built head office in Morne Rouge in the south of the island at which the issue of the unaccounted $440, 000.00 dominated the discussions.

He said that the Board members who resigned were elected into the positions within the last five years and none of them knew anything about the money and the queries from Olympic Solidarity about the use of the funds.

“You can’t blame them (for resigning) – if you are a Director you want a history of whatever it is. They did the right thing – if I was them I will do it (resign),” he remarked.

“These people (new board members) came in there thinking all is well and then realise that $440, 000.00 cannot be accounted for over the years. Where the hell you getting that money to pay back just so?

According to the source, he got the sense that the IOC money was taken out of one account by GOC and put into another account and then spent without apparently leaving behind a paper trail to show the donors where and how the funds were spent.

“You can’t take money for a show and use for a haircut. That is the challenge they face – they intermingled one for another. They seem to take money from one account and put in another and co-mingled the funds and use it for not what it was supposed to be used for and without proper accounting.

“That is basically what has happened – they took funds from one account and placed in another and you must be able to justify these things.

THE NEW TODAY understands that the IOC money was intended for use solely on scholarships for athletes and other specific programmes among other things.

The source disclosed that it appears on the surface that only four members were privy to the request made by International Solidarity for an account of the funds – President La Hee along with longstanding board members General Secretary, Veda Bruno-Victor, 1st Vice-President, Charlie George and Treasurer, Kingsley Ashby, a retired banker.

He said the issue only came to light after some board members heard about recent correspondence that came to GOC reminding them of the money that they had failed to account for based on an auditing done by Price Waterhouse & Coopers.

He told THE NEW TODAY that he got a sense during Saturday’s meeting that some of the board members especially Bruno-Victor seemed to be embarrassed over the episode.

“She is really embarrassed – you could see she’s not happy with it at all,” he said.

The source stressed that the problem with the local Olympic committee and many sporting organisations in the country is that they are being run like “a friendship club” for too many years with little or no transparency.

He lamented the fact that too many organisations in the country are allowed to function with nobody prepared “to keep records” when it comes to spending money to give a proper account when called upon to do so.

Pannell Kerr Forster, the local accounting firm used by GOC to audit its books over the years, is apparently not aware of the EC$440, 000.00 issue.

Saturday’s GOC meeting agreed for the Finance Committee, headed by Volleyball representative Ralph Lord to continue its work of looking into all monetary transactions involving the local body and for the Treasurer and others with pertinent information to give their full co-operation.