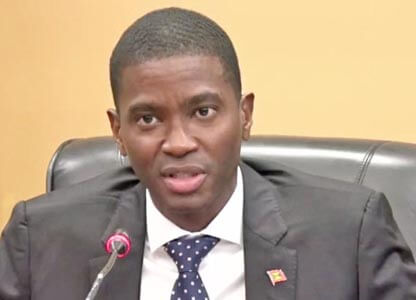 The Cabinet of Ministers of the two-month old Congress government has discontinued the 25% discount on the non-fuel charges associated with the electricity supplied by the Grenada Electricity Services (GRENLEC) to avoid the risk of jeopardising the financial stability of the company, which is the lone electricity provider on the island.

According to Prime Minister Dickon Mitchell, who made the announcement on Tuesday, the discount which has been in place since January has had a “very negative impact on the cash flow of the electricity company and its ability to meet its commitments,” and has led to significant financial losses in the region of $16M.

He labelled as “unsustainable” the measure which took effect in January under the former Keith Mitchell-led New National Party (NNP) regime as part of a stimulus package to provide some relief to electricity consumers in order to lessen the impact of high electricity prices which have been climbing since January 2021 as a result of increases in world fuel prices.

“As difficult as the decision is…we cannot risk jeopardising the financial stability of Grenlec by continuing with this part of the stimulus package,” PM Mitchell said, while giving assurances that the government is “going to look at alternative measures to cushion the impact” which “will probably be felt from around November this year, particularly for consumers who consume less than or up to 100 kWh hours per month.”

Noting that “there are as many as 15, 000 accounts,” at Grenlec comprising “households and small businesses” based on statistics provided by GRENLEC, the Grenadian leader said, “we (government) will look to see what measures can be taken from the government’s perspective to cushion the impact from the removal of the 25% discount on the non-fuel aspect of electricity.”

“We are mindful and we have heard of the many cries by persons as to the high cost of electricity but we also have to be honest with the population that to a large extent the cost of electricity is determined by the price of fuel and we all know that worldwide the price of fuel has gone up significantly partly because of the Russian/Ukrainian war and the general inflation that the world has been experiencing over the last several months,” he said.

“So, we as consumers of energy and electricity also need to take steps to mitigate and lessen our consumption…we are hopeful that if the fuel prices of electricity continue to trend downwards that eventually, we will also see the downward trend in the cost of electricity,” he added.

In a release issued Wednesday, GRENLEC announced the discontinuation of the 25% non-fuel rate effective September 9, and appealed to customers to eliminate wastage and conserve energy to help manage their bills as the world energy crisis persists, marked by price increases in all sectors.

According to the GRENLEC release, the non-fuel rate before the 25% reduction represented a rate that had increased by less than three (3) cents in nearly 30 years, and with the 25% reduction, the company was operating with a rate that was lower than it was 28 years ago.

Related:  Over $4M needed to bring TAMCC workers up to 2022 pay grade

As part of its measures to help ease the financial burden on Grenadians, the Dickon Mitchell-led government is planning to use the next two (2) weeks to consult with stakeholders towards the reduction or the complete removal of Value Added Tax (VAT) on some key food items, sanitary and hygiene items, as an added measure to reduce inflation and tackle the high cost of living in the country.

He told reporters at Tuesday’s post-Cabinet media briefing that Cabinet has given approval to cap freight prices at pre-Covid 19 levels for six (6) months in the first instance, effective October 01, 2022, to March 31, 2023.

“We intend to review this by the end of March 2023, as to whether its kept in place or as to whether any further indulgence is required in terms of further capping of the freight rate, PM Mitchell said, explaining that “the Ministry of Finance and the Customs Department will sensitise members of the public, importers, brokers et cetera, as to what is required to be done administratively to facilitate the correct entry of the appropriate freight rates.”

This move is in direct response to requests made by members of the business community, who since the Covid-19 pandemic have been affected by high duties and taxes and the rising cost of supplies on the world market, and will be required to pass the benefits onto the consumers.

However, PM Mitchell, who said that the government stands to lose $4M as a result of the cap on freight, pointed to the increase in inflation worldwide, outside of the freight rates, and indicated that “there is the risk that even with this measure (cap on freight cost at pre-2019 levels) that the kind of reduction in the prices that we may want, may not happen for other reasons.”

“Government is also considering to review, in consultation with the public, supermarkets, shopkeepers and consumers in general a list of items that we will consider either having a reduced rate of VAT on or the complete removal of VAT,” he told reporters on Tuesday.

“We will use the next two (2) weeks to conduct this review, and subject to what the analysis shows, we will then come back to the public as to whether or not we will proceed with a submission to Cabinet to either zero rate, or to reduce the VAT rate on certain food items, in particular sanitary and hygienic and cleaning items,” he said.

VAT, which was introduced in 2010 as part of a government programme to simplify and rationalise the tax system in the country, is a broad based tax on the consumption of goods and services.

According to PM Mitchell, an analysis from the Ministry of Finance indicates that freight charges on average have increased by over 40%, over seven (7) regions with a maximum increase of 108% from Asia, which is the home of China, the manufacturing capital of the world.

Apart from China, Grenada currently imports goods from North America, South America, the CARICOM region, Europe, and Africa and Oceania, which have realised a 40% increase based on demand.