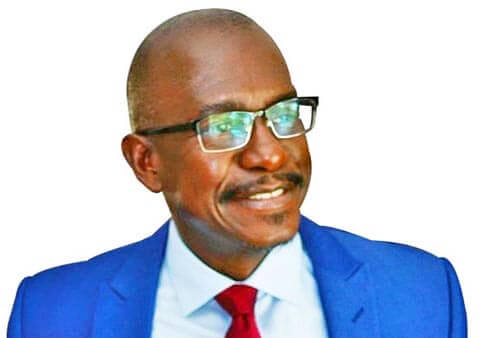 Dr. Patrick Antoine – did not impress many with his decision to pull out from the local radio and television programme

The Grenada Movement (TGM) of Dr. Patrick Antoine which has finally declared itself to be a political organisation and no longer a Non-Governmental Organisation (NGO) has been coming in for a broadside of criticisms over its decision to pull out from a popular radio and television programme Monday night due to the presence of a Social Activist.

Dr. Antoine reportedly decided not to make an appearance on the programme, hosted by the Grenada Broadcasting Network (GBN) because St David resident Cassandra Mitchell was named as a co-host alongside the station’s General Manager, Odette Best-Campbell.

According to Best-Campbell, she received a note at the last minute indicating that the TGM leader will not take part since the party considered Mitchell to be hostile to the island’s newest political party.

Well-placed sources told THE NEW TODAY that the movement had decided to send attorney-at-law, James “Jimmy” Bristol as its representative on the programme as a replacement for the Trinidad-based Dr. Antoine and that too was also shelved.

However, a number of persons who showed interest in the programme that looked at the current political situation in the country lashed out at TGM for its decision not to participate in the event.

There are reports that Mitchell had posted on her Facebook Page after TGM’s launch the phrase ‘Deception on Conception’ as some persons did not like the movement calling itself a NGO when the intent was to finally mushroom into a political party to contest the upcoming general election in the country.

One commentator said that this posting by the female activist seemingly “is still stuck in their craw” and forced TGM to be a no-show on the programme.

Another person chipped in: “…If that’s her (Mitchell) opinion they (TGM) should go on the show and debunk it or lose trying. I think not going was more harmful.

There (have) been many debates about that issue. I listen to both sides – one side says “deception”, one side says they’re entitled to make changes. I have no dog in the fight, I am an observer. It’s unfortunate that we have to be preoccupied with voting and not governance but it’s the sad reality of where we are in the mud”.

One person who did not take kindly to Dr. Antoine pulling out of the GBN programme at the last minute called it out as “An NGO practicing old political habits”, while another said, “Am disappointed in that excuse” from TGM”.

Some of the other broadside attacks on TGM included the following: – “If there is proof of hostility I don’t think it’s a reason to refuse to appear on a programme…. (as) political organisations will be confronted with all sides of the coin, and “If you running from one person as co-host so early in the game what will happen on the campaign trail?”

Another said: “I would have expected them to show up anyway, with their big boy pants on, and empathically defend their position. If they can’t handle Cassandra, what will happen when the real “battles of ideas” start?” and, “Doc you come last with that lame … excuse, you go have to re-launch again”, “As an aside, TGM, by its action or inaction tonight has sent Cassandra’s stock high, “TGM is showing up as a tributary of the NNP. What the Chairman (leader) says goes. It’s his way or the highway….”, and “May the good Lord help us with these wolves in sheep’s clothing.”

Some of the other comments against TGM read, “It was a very lame excuse and they made no friends tonight”, “The pettiness has me flummoxed,” and “I agree, TGM came last with that excuse. Like dey ‘fraid Kassandra? What does she know that we don’t? I’m curious!”

Political parties in Grenada are becoming increasingly active as the ruling New National Party (NNP) of Prime Minister Dr. Keith Mitchell is showing signs of starting its preparation for the next general election.