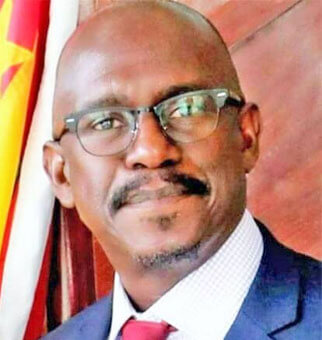 Dr. Patrick Antoine – might still be battling along with TGM

A group of disgruntled members of The Grenada Movement (TGM) of Dr. Patrick Antoine are still interested in going forward with the newly formed political party but without its main founder, the Trinidad-based agricultural economist being a part of the group.

According to the member who is taking a back seat from TGM at the moment, there is great distrust between several of the founding members and Dr. Antoine.

The member who spoke to THE NEW TODAY on condition that he was not identified said that several of them are still interested in trying to lay their hands on the TGM brand and to forge ahead on the political front.

“We have been talking about it. We were thinking of organising and throwing him out – that was the talk,” he said.

Among the founding members of TGM who are now distancing themselves from the new political party are ex-Congress members, Jenny Simon-Rapier, Faye Thompson and ex-Senator Terry Noel.

The disgruntled TGM member charged that TGM “is dead” under Dr. Antoine’s leadership but mentioned that one high-level person who resigned from the movement a few months ago called him to explore the possibility of several of them convening a meeting without the presence of the ex-ambassador to chart the way forward.

“We are thinking of probably keeping the brand but how the thing is set up it appears as though … Patrick does not want to give up this thing and he wants to hold steadfast to this thing,” he said.

“As far as the main people are concerned, that is the situation (TGM is dead),” he told THE NEW TODAY.

The official could not verify information that TGM was set up in the name only of ex-government minister in the 2008-13 Congress administration, Michael Church who is considered as the de facto Number Two Man in the movement.

He stressed that Dr. Antoine still has control over “a little faction” of the new party and that could pose problems for them in getting ahold of the newly formed party to move ahead without his involvement.

He also said that some members have not ruled out reports making the rounds in some quarters in the country about secret meetings held towards a rapprochement between their leader and Prime Minister Dr. Keith Mitchell.

“We are of that opinion. All the information that came back appears that he is (involved with PM Mitchell),” he added.

He went on to say: “Based on what we are hearing all the information appears to be that’s what happened, that he is actually speaking to the man. So much so that we heard that he went and apologised to the man – or something like that. I don’t know how true but it appears so.

Dr. Antoine has categorically denied any secret meeting with PM Mitchell and reportedly told members that the last time he came across the Grenadian leader was at a funeral ceremony when they briefly exchanged greetings.

The TGM member said that what most of them are worried about is information that they had put together to form the Policy Agenda for the party might end up in the hands of the NNP due to allegations about a Mitchell/Antoine association to assist the ruling party in the upcoming election campaign.

He indicated that the persons who formed the Policy Committee for the movement had submitted a lot of information to Dr. Antoine on what can be done in terms of development to take Grenada forward.

THE NEW TODAY understands that a candidate with a small party in the 2018 general election, has since deserted TGM and taken out membership with the Congress party and submitted an application to be considered as a candidate for the St George North-east seat in the upcoming general election.

Dr. Antoine has not made any statement on whether TGM will be fielding candidates in the national poll.