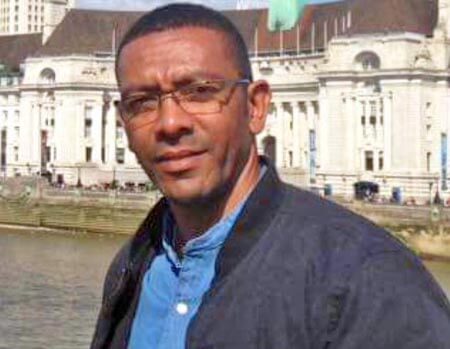 Terry Noel – has hit “the ground” in St. Andrew North-west

The Grenada Movement (TGM) of Trinidad-based Dr. Patrick Antoine is making a strong pitch in the rural St. Andrew parish.

Informed sources told THE NEW TODAY that the TGM has three persons at the moment on “the ground” campaigning for the newly formed political party.

According to one source, one of the persons who is seen actively campaigning for TGM in the rural parish is Terry Noel who resigned less than a month ago from the Senate as the nominee of Opposition Leader Tobias Clement in Parliament.

Noel is said to have an eye on the St. Andrew North-west seat currently held by Minister of Social Services, Delma Thomas.

The two others are relatively newcomers to frontline politics, one being a former political activist of the ruling New National Party (NNP) in New York who is back home with an eye on the St. Andrew South-east seat of Education Minister, Emmalin Pierre.

A female youth activist from the Richmond area has also been seen in St. Andrew South-west doing political work on the ground.

The constituency is held by long-standing Member of Parliament, Yolande Bain-Horsford who has successfully won the seat since the 1999 general election and also in 2003, 2013 and 2018.

THE NEW TODAY has not been able to ascertain from TGM where its leader Dr. Antoine might be interested in contesting in an upcoming general election.

There has been heightened political activities in Grenada in recent weeks with Prime Minister Dr. Keith Mitchell apparently hitting the campaign trail.

The Grenadian leader has been seen in the St. George North-east constituency, held by the Opposition Leader on two occasions in the past two weeks.

“Keith (Mitchell) came in Beaulieu on Friday night. He brought some drinks for the guys and did not stay long,” a resident told THE NEW TODAY.

Reports from inside the ruling New National Party (NNP) indicate that PM Mitchell is planning to visit each constituency on the island as part of the NNP build-up to the next election.

The NNP of Dr. Mitchell which has dominated the political landscape in the country by winning five of the last six elections has until 2023 to remain in office.