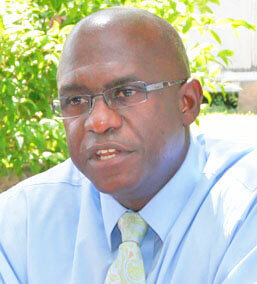 Dr. Patrick Antoine – has taken a step backwards from the political limelight

A founding member of THE GRENADA MOVEMENT (TGM) has blamed its leader, Dr. Patrick Antoine, the Trinidad-based former Ambassador for the sad state of affairs now existing in the island’s newest political party.

The member who spoke on condition that he was not identified said that after the movement’s impressive launch last year, nothing happened as Dr. Antoine failed to provide the necessary leadership and guidance that were needed to engage in serious political work in the country.

Speaking to THE NEW TODAY within minutes of the release of a statement from TGM Monday that it will not be contesting the upcoming general election, the member who now has no interest in the group said he was not surprised at this latest turn of events.

According to the disgruntled founding member, after the impressive launch, the movement just went “flat”.

He charged that TGM leaders were not speaking the truth in recent weeks when people asked about its involvement in the upcoming general election which many pundits believe could be called by Prime Minister Dr. Keith Mitchell within the next six months.

He said the movement was only engaged in “fooling people” in recent weeks by giving them the impression that they will be fielding candidates in the election.

He spoke of one colleague indicating to him that some of the overseas members of TGM were due over the Christmas period for the holding of the convention to elect members to serve on the executive of the new party.

The party member pointed out at the end of November or thereabout was the date set for the holding of the convention but this never materialised.

When asked about the number of persons who were members of TGM, he said: “We probably had about 15 when we were all there and normal. We never had a membership to say– just founders, little different groups (to deal with policy, research & development, people to recruit members),” he said.

“All together about 15 to 18 thereabout and everybody wasn’t members – a lot of people were just there helping a group,” he added.

The TGM individual pointed out that there was never any formal membership but recalled that the movement “tried to formulate a membership form and that was never circulated to anybody”.

“So there is no real way to say members other than the founders,” he remarked.

He stressed that TGM foundation members like ex-Senator Terry Noel, Faye Thompson and Jenny Simon-Rapier who were once associated with the Congress party, as well as New York-based Wayne Mitchell, and Samuel Andrew are now completely out and no longer associated with the Dr. Antoine-led group.

“I don’t know who the people are there now,” he said.

The member also commented on reports in some quarters that Dr. Antoine was often “very tight” where financing was concerned and never made money available to TGM to do the type of political work to get off the ground.

“So all this talk about Patrick has access to money and will finance this and will get finance, I don’t know – if he used to finance anybody else, he couldn’t finance himself because we didn’t see any kind of money at all other than the launch – a lot of money was spent there”.

“Who knows if he collected monies on the party’s behalf but we don’t know but they did spend a good bit on the launch.”

The ex-TGM member also noted that Dr. Antoine did not come up with any funds to help members to do work at the constituency level.

He said whenever the issue of funds were raised by a particular member of the group, Dr. Antoine would always respond that “it was about the messaging.”

Dr. Antoine has issued the following statement on his involvement in the political process in the country: “My Fellow Grenadians, many of you have raised questions about my apparent retreat from the public political space over the past several months. These questions are quite appropriate, as anyone presenting themselves for public office is obligated to be open about their readiness to both engage and represent the interests of the people to the best of their ability.

When I commenced my public engagement with the committed and motivated patriots of our country in August 2021, as we joined in the formation of The Grenada Movement as a political party – birthing a new national institution – I did so with the utmost resolve and pride. It was my commitment, shared with the members of this new Party, to provide the compassionate representation and strategic advocacy that our democracy and its proud and courageous people required.

In recent months, however, I have had to and continue to face a number of very serious medical and personal challenges which require immediate, urgent attention. In the circumstances, after much reflection and with great sadness, I have come to the realisation that it is no longer possible for me to participate in the political process, as I had intended in August 2021. This will remain so until I overcome these challenges.

This is not a decision I have taken lightly since I am keenly aware that it will cause disappointment to many.

I, however, remain committed to TGM, the People of Grenada and the task of nation building”.