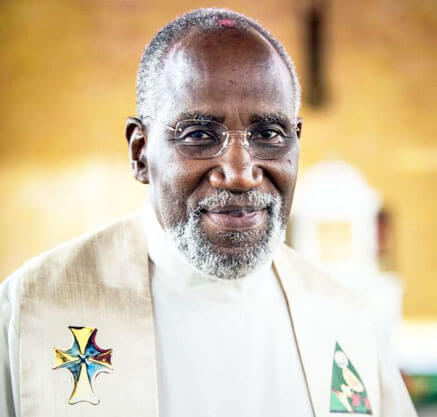 Bishop Clyde Harvey - has been silent on the issue

Roman Catholics in Grenada are accusing the island’s Minister of Education and Religious Affairs, Emmalin Pierre of systematically trying to undermine and erode its influence in schools on the island.

A top Catholic official told THE NEW TODAY that the minister came under scrutiny at a recent meeting of top members of the religion in which the hotly debated topic was the manner in which Catholic children were denied entry into the island’s top Catholic secondary school for girls after passing the 2020 CPEA.

He said the session was an Assembly of Catholic delegates drawn from the various churches around the island and a great deal of time was spent on discussing the fact that only six students from St. Louis R.C School secured passes to St. Joseph’s Convent – St. George’s.

According to the official, the delegates expressed concern that the vast majority of Catholics attending St. Louis were denied entry into the top Catholic secondary school for girls on the island at the expense of children from other religious denomination.

This newspaper was told that for decades some 30% of the children from St. Louis are guaranteed places at the Convent, which is considered as its mother school.

The official said that the position adopted by delegates at the meeting is that the Ministry might get away with trying to adopt such a policy in other schools but not between St. Joseph’s Convent and St. Louis.

He said that the position being adopted by Catholics is that St. Louis “is a child that submits itself or talent to Convent”.

He pointed out that it is the view of Catholics on the island that “the children who come from that school (St Louis) automatically go into Convent unless they request to go elsewhere but you shouldn’t be denying them this”.

The top Catholic said the Church made some noise in certain quarters about the six places allotted to Convent by students from St. Louis and adjustments were later made to accommodate the complaint.

“It’s an interesting thing but this Emmalin Pierre – some of the Catholics not taking her lightly at all,” he said.

Minister Pierre is a former practicing Catholic but left the church to join an Evangelical religious denomination and is said to be one of its lay preachers.

Under her watch, most of the heads of Department in the Ministry of Education are now run by non-Catholics.

According to the official, the head of the Roman Catholic Church on the island, Trinidad-born Bishop Clyde Harvey has not made any official comment on the issue but that a number of top Catholics in the various parishes around the island are not taking too kindly the decision of the Ministry of Education to limit the amount of Catholics gaining entry into St. Joseph’s Convent.

He said that the Catholic delegates attending the meeting “were vex” about the issue and called for a meeting to be held with Prime Minister Dr. Keith Mitchell as a follow-up to deal with the matter.

He said the Catholic Church is concerned that the Ministry of Education “is sending children there (Convent) who you know would not be part of the faith and will only cause disruption”.

“That thing is a hurt for the Catholic Church – it is not genuine,” he remarked.

According to the official, the overwhelming sentiment among the Catholic delegates at the meeting is that the Ministry was “deliberately sending children there (Convent) that “will not fall in line with our way”.

He charged that this is creating unnecessary problems for teachers at Catholics schools as some children of the other denominations refuse to take part in assembly in which Catholic prayers are featured.

“There are some whose parents would have given them instructions not to participate,” he said.

THE NEW TODAY was told that one child had to be removed from St. Joseph’s Convent for defacing one of the Catholic most religious symbol – the statute of the Holy Mary.

The official noted that over the years St. Joseph’s Convent has accommodated students from other religious faith but the fact of the matter is that there are other denominations that they avoid because “they do not fit the bill”.

He spoke of some other religions being bitterly opposed to Catholic teachings and way of worship especially the commitment to Saints, and Mary who is often lifted up as the Mother of Jesus Christ.

There are reports that the small Muslim community in the south of the island send their children to the Blessed Sacrament R.C School in Calliste but arrive with them after the holding of assemble and prayers.

He said the teachers at the school understand that the Muslims do not want their children “to participate in some things that are considered “completely” outside of the Muslim Religion.

“The teachers understand what their (the Muslim) faith is … so they don’t put them through it,” he added.

When contacted by THE NEW TODAY on the issue, Minister Pierre said she will respond officially if there is an official Church position and suggested that the paper speak with the head of Roman Catholic Church.

“I suggest you speak to the head of the Catholic Church to make sure views expressed represents the views of the church after which I can comment,” she remarked.