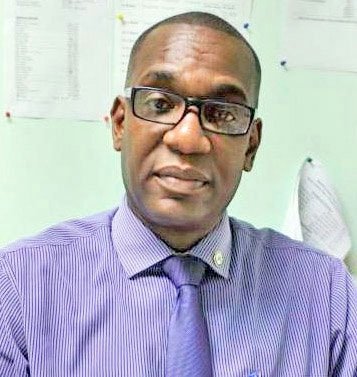 Dr. Martin – the vaccine is no longer in use

A vaccine for the prevention of tuberculosis, which Grenada stopped administering decades ago, could now prove to be a protection against the novel coronavirus.

Scientists are now looking at the BCG vaccine, used as an immunisation against tuberculosis as an effective means of protecting people from COVID-19.

The BCG vaccine has not been administered in Grenada since the late 1960s.

Recently, scientists in Melbourne, Australia, started administering the BCG vaccine or a placebo to thousands of physicians, nurses, respiratory therapists and other health care workers and the Netherlands has been conducting a clinical trial, involving 1000 healthcare workers.

This is the first of several randomised, controlled trials intended to test the vaccine’s effectiveness against the coronavirus.

BCG was developed a century ago to fight tuberculosis in Europe and a hundred years later scientists are looking to the drug to stem the rampage of COVID-19 which has infected more than a million people worldwide.

Researchers have said there is evidence over the past decade that suggests the vaccine can help in reducing viral illnesses, respiratory infections and sepsis, and appears to bolster the body’s immune system.

However Grenada, along with other Caribbean countries, stopped using BCG to inoculate against TB about half a century ago, which means that only the elderly in the country would have BCG in their system.

Acting Chief Medical Officer in Grenada Dr Francis Martin, in an interview, said, “Up until the late 1960s there was a vaccine used to prevent TB, but there was some argument about whether the vaccine was effective or not and as a result the vaccine is not being used anymore.”

The Bacillus Calmette-Guerin vaccine is still widely used in other parts of the developing world, where scientists have found that not only does it prevent TB, it also prevents infant deaths from a variety of causes, and greatly reduces the incidence of respiratory infections.

BCG is a lifetime vaccine and Dr Francis Martin explained that it would still appear in the systems of those to whom it was administered decades ago.

“The people who have had BCG, it is a once in a lifetime vaccine so they would still have effects of it right now,’ he said.

A recent review by the World Health Organisation (WHO) concluded that BCG had beneficial “off-target effects,” and recommended doing more trials of the vaccine against a wider range of infections.

Scientists have said that the BCG vaccine is not a specific COVID19 vaccine.

It also cannot be administered to anyone who has a compromised immune system, because it is a live-attenuated vaccine, meaning it contains live but weakened TB.