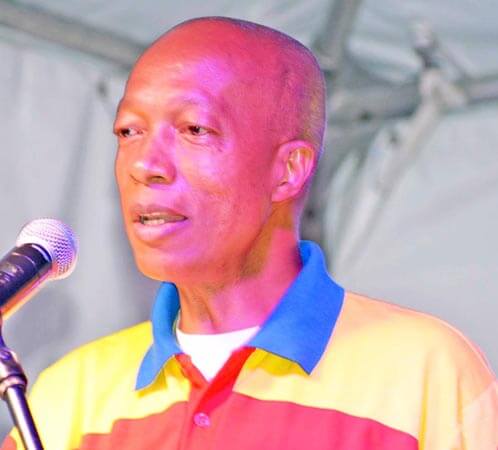 The Technical and Allied Workers Union (TAWU) which is still in the dark about the sale of shares in Grenada’s sole electricity company, has said that the silence of the Keith Mitchell-led Administration on the issue is not proper.

Senator Andre Lewis, the President General of TAWU, which represents workers at the utility company, said that the ownership status of Grenlec is a national issue and the government needs to break its silence.

It’s been four days since the Florida-based WRB Enterprises wrote to employees, informing them that the majority shareholder, Grenada Private Power, is relinquishing control of the Grenada Electricity Services Limited (Grenlec).

However, Public Utilities Minister Gregory Bowen who has been leading the ruling New National Party (NNP) administration in its attack on the sale since 1994, said Saturday that a formal statement from the Government is “not urgent”.

TAWU disagrees and Monday President General Lewis said, “I think it is absolutely urgent. It is important that the government should issue a statement to the Nation”.

“Grenlec is a national concern for everyone and it is not proper for the nation to be hearing about these developments from WRB. It is not for Grenlec to inform us,” he remarked.

The settlement, details of which are still a mystery to the public, brings to an end a quarter century of efforts by Prime Minister Dr Keith Mitchell and Public Utilities Minister Bowen to snatch back control of the company.

Majority shares were sold to GPP, a subsidiary of WRB, in 1994 by a former National Democratic Congress government of Sir Nicholas Brathwaite.

On the weekend, Minister Bowen refused to comment on the deal but did not deny that a settlement was reached.

When pressed for information on when the public would be informed he said local media would have to wait until the Ministry of Information issues a statement but it appeared that they were yet to be briefed.

Meanwhile, Sen. Lewis said that TAWU will write to the government to seek answers on the Grenlec issue.

“There are some questions that need to be answered. Our Union will be writing to the government to seek some answers on those matters. The government has an obligation and a duty to keep the nation informed,” he told THE NEW TODAY.

The settlement announced by WRB comes after a long battle in international arbitration, which Grenada lost and the country ended up having to pay almost three times its initial offer to WRB.

WRB, which ran Grenlec for 26 years had considered the government’s attempt to regain control of the utility as a hostile takeover.

In the statement which has been widely circulated on social media, Chairman of Grenlec Board of Directors, Robert Blanchard said, “It had become clear that the government would prefer to work with someone besides WRB in the future.”

Lewis said one of their main concern is the guaranteeing of workers’ jobs.

He said at an August 4 meeting with the Minister of Public Utilities, the Union was given assurances that the workers would not lose their jobs.

TAWU will hold a series of meetings with the various categories of Grenlec employees from Wednesday and a meeting has also been scheduled with the umbrella Trade Union body, Grenada Trade Union Council (GTUC) on the new development with Grenlec.

Over 200 workers are employed by the company with 170 unionised staff.

Of immense public interest is the matter of what the government will do with the company now that the NNP Administration has regained control and there is speculation that a deal is in the works or may have been concluded, to sell off majority holdings to Chinese interests.

Given the dire economic straits which the country is in, the source of funds to pay almost $200m to regain control, is another question which the government needs to answer when it finally chooses to report to the public.

Grenlec is a publicly traded company on Eastern Caribbean Stock Exchange and the repurchase by the government and uncertainty about its future is also likely to have a negative impact on the value of investors’ shares.

On Monday, a silent protest was staged at the entrance to Government Headquarters at the Botanical Gardens, calling for transparency on the matter.

Political activist with the NDC, Vincent Roberts, one of the protesters, said they will continue the action until the government gives answers on the Grenlec deal.