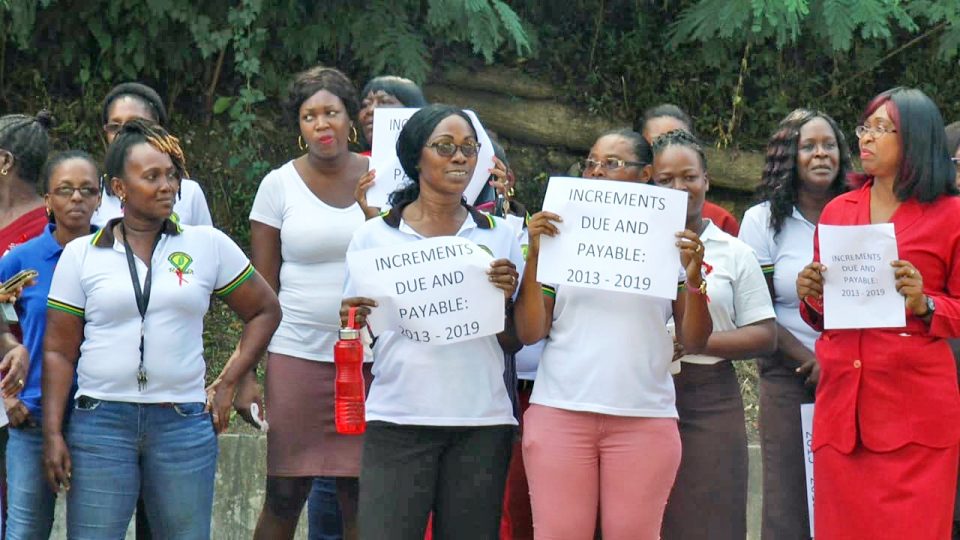 PWU president says there are issues surrounding payments to some workers

Workers at the T. A. Marryshow Community College (TAMCC) are now breathing a sigh of relief after receiving the first payment from EC$6.1 million in outstanding increments owed to them over a 6-year-period.

President of the Public Workers Union (PWU), Rachel Roberts has said that some workers got monies before the 2019 Christmas Holiday while others did not receive anything in their bank accounts.

“All the members have not yet received payments for some reason…there may be little issues that would hinder some persons from actually receiving their payments but as I was told and indicated to, on December 24, most of the members would have received their payments in their various bank accounts,” Roberts told THE NEW TODAY in an interview on Monday.

“We are very happy that we were able to stay the course. The members were very determined, very resilient and the solidarity that these members gave to each other really helped us reach to the place where we are,” she added.

According to the PWU President, the agreement reached “was not just a simple agreement” to just say that the members would receive a payment in December of 2019 but would also “result in measures being taken to ensure that the institution is strengthened.”

She said: “For example, they (the workers) want to be a part of preparing a strategic plan that would guide the institution forward – something that would be visionary that would set the course to strengthen TAMCC – that they have a clear and competitive pathway for the future whereby they can actually compete with other institutions whether in Grenada and abroad.”

Roberts pointed out that the workers would also want to see the strengthening of the TAMCC management, human resource and administration.

“So, included in that (the agreement) they (the workers) want to be part of the Think Tank of TAMCC that they would come up with various strategies of helping TAMCC to grow and develop so that both the administrative staff and the faculty play a critical role in the development of TAMCC,” she said.

Related:  Several students have not been engaged since the start of COVID-19

Roberts expressed thanks to all who would have assisted in the workers’ fight for outstanding increments in some way or the other.

The PWU president said that apart from the monies received by the workers on Christmas Eve, “there would be other payments in 2020.

“We have agreed to be paid within reasonable time and actually what we now recognise is that after all the taxes and everything has come out of their payment, what is really owing to the members would only be approximately $2m more.

“So, we have reached in a good place, the majority of the monies have been paid to the members and we look forward to the other $2m plus being paid.

According to the PWU female head, while the workers at TAMCC would like to be paid all outstanding monies owed to them, at the same time they would not want to see the downfall of their workplace.

She said: “…We have to be reasonable and practical and we have to understand that we are dealing with an entity where we have to work and we want that entity to continue, we want it to be sustainable and therefore as workers we cannot be greedy (or) unreasonable because we have to work with our organization, it’s sustainability and viability.”

The failure of the Augustine Vesprey-led College Council to pay the 6-year-old increments had resulted in over 6 weeks of industrial action by the faculty and staff at the island’s premier tertiary education institution.

Telephone calls to the Chairman of the TAMCC Council for a comment on the development and clarification as to why some of the workers have not been paid any monies have been futile.