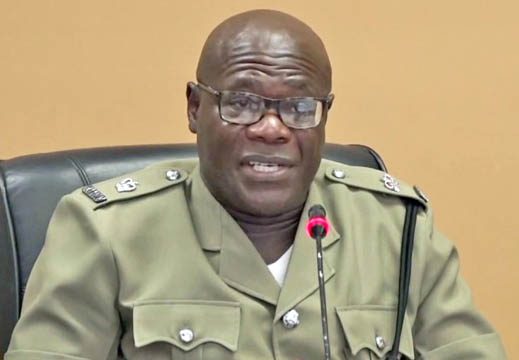 Senior Superintendent of Police, Vannie Curwen has been overlooked for promotion to the vacant post of Assistant Commissioner of Police (ACP) within the Royal Grenada Police Force (RGPF).

Informed sources told THE NEW TODAY that the position went to his junior, Supt John Mitchell, believed to be a relative of Prime Minister Dr. Keith Mitchell, the Minister of National Security with responsibility for the police.

The ACP post has been vacant for the past six months following the retirement of Trevor Modeste on reaching the age of 60.

According to a police insider, he had a brief conversation Thursday with Supt Curwen and from the tone of his voice he seemed to be rather disappointed that he did not get the promotion to the vacant position.

Supt Curwen has become the face of the police force as head of the Community Relations Department (CRD) in the dissemination of information in the fight against the deadly coronavirus in the past year.

The source said that the most senior of the Superintendents in the police force, John Charles was also elevated to fill a vacant ACP post on the promotion of the controversial Michael Francois to become Deputy Commissioner of Police.

Francois now joins Frank Redhead who is the other Deputy Commissioner of police in RGPF.

Francois’ name was called along with two other top members of the force for involvement in an alleged act of wrongdoing under then Acting Commissioner of Police, Winston James.

An investigation that was launched by James ended prematurely with none of the officers being charged for the alleged offenses following the probe that was done by Supt Modeste.

Supt Mitchell is currently stationed at the Richmond Hill prison as Acting
Commissioner of Prison and will most likely have to return to RGPF to perform in his new role.

The third ACP position in the force is held by Jessmon Prince, the former head of the Immigration Department.

Under the police ordinance, the Public Service Commission (PSC) is responsible for making appointments to RGPF from the rank of Inspector upwards.

THE NEW TODAY understands that under the new Police Promotion guidance policy, provision is made for an additional two ACP positions and one Deputy Commissioner.

The new structure calls for one Commissioner of Police, two Deputy Commissioners and five ACP’s.