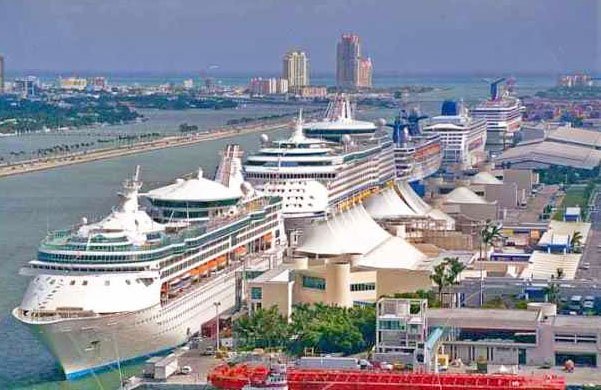 The only thing we are seeking is just to be home

A group of Grenadian cruise ship workers who are stranded in Miami in the United States are treating with caution statements being made in St. George’s by Tourism & Civil Aviation Minister Dr. Clarice Modeste-Curwen that efforts are being made to bring them home safely within a matter of days.

Speaking to THE NEW TODAY on Tuesday night, the workers said that they have been reaching out to the female government minister with messages sent to her cellphone but she has only been reading them and not replying to their concerns.

According to one worker, Minister Modeste-Curwen has only responded once to them with the following statement, “….There are a lot of logistics to be looked at and we are doing our best to resolve them. We will engage as soon as we can. Stay safe”.

The senior government minister sent the message on April 16 in response to a whatsapp sent to her a few days earlier by one of the workers on the cruise ship now docked at the harbor in Miami.

The message to Minister Modeste-Curwen said in part: “I know you are a busy woman and probably you don’t have any time .I’m sorry to bother you at this time. My name is (withheld) I work with the Norwegian cruise line. Currently, we don’t have any agency back home for anyone to talk on our behalf so I take it up on myself to do that.

“I know it’s a hard and stressful situation for everyone across the world. I know the Government of Grenada is trying their best to keep the people home safe and I really appreciate that. I spoke to my HR (Human Relations) Department here aboard the ship because I know that (they) are trying their best here to get everyone home safe.

“… He has asked me to give whoever I was speaking to his email address so that they can get in contact with them. I know you all are scared to open the airport because it’s a risk to bring us home. Maybe you guys are thinking that we have the virus – it’s been a month or more we have been quarantined. No one on the ship here or our company ship (has) this virus.

“Please, I’m begging you try to help us come home. If you don’t want to open the airport ask the Norwegian cruise line to gather all the Grenadians on one of their ships and bring us home and mandatory quarantine for everyone.

One of the other messages sent to the Tourism Minister by the estranged cruise ship worker indicated that on their return home with government assistance that “they don’t have a problem with paying for a hotel room to be quarantined”.

According to one Grenadian worker, the government of the Phillipines and Indonesia have chartered about three or four planes in recent days to bring back home about 1000 of their workers on cruise ships that are in the Miami area.

In addition, eight St Lucians working with the Norwegian Line have reportedly been facilitated by the government in Castries to return home from one of their ships docked in Barbados.

THE NEW TODAY understands that some of the locals working on cruise ships belonging to Norwegian Lines come from places like Gouyave in St. John, The Bocas, La Borie, Springs, Willis and Happy Hill in St. George’s, Birchgrove, Grenville and Telescope in St. Andrew, and St. David.

The plea from the workers is for the Keith Mitchell-led government in St. George’s to engage the Cruise Line to get them home soon.

“What I want the government to do is just to reach out to the company and let them make an arrangement to get us home safely. Once I know they reach out, I know that they are going to have an answer,” she said.

The worker admitted that the salaries of all the employees are still being paid but was fearful that at some point it will be stopped as the cruise ship is not making any money since it is forced to remain at port due to the virus situation.

She spoke of only thinking of getting back to Grenada and was doubtful of seeking employment again in the cruise ship business.

She said: “I don’t think so. I will do anything to come back home to my kids. I cried Monday when my daughter messaged me to ask how I was feeling out there. I feel stranded.

Another of the workers who spoke to THE NEW TODAY indicated that she reached as close as Antigua in her efforts to get home after taking a flight from the Bahamas but was told on arrival that LIAT will not take her as MBIA had just been closed by the Grenada government.

She said that she was in the company of two other Grenadians who were hoping to get into Barbados and then taken to the airport at Point Salines.

The workers stated that the company purchased a ticket to fly them back to Miami to board another of its ships to stay among other Grenadians.

According to the worker, none of the Grenadians now stranded in Miami have picked up the virus since they all self-quarantined for 14 days as required by protocol and always follow regulations like social and physical distancing on the ship.

Like the other stranded Grenadians on the cruise ship, the female worker urged the Mitchell-led government to get involved in the process with the company to bring them home.

“The only thing we are seeking is just to be home’’.