Grenada has confirmed its first case of the COVID-19 virus

One dead in freak accident 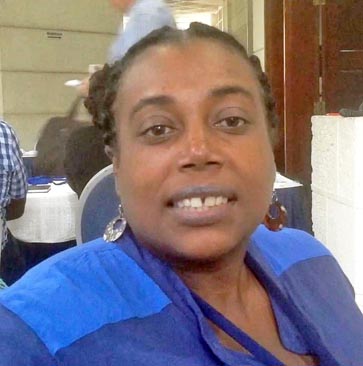 The pro-government Media Workers Association of Grenada (MWAG) has appointed two new members to the executive to replace colleagues who handed in sudden resignations.

Freelance Journalist Linda Straker and Curlan Campbell have replaced the two members who resigned from the executive in January.

The decision was reportedly taken by nine (9) members of MWAG who attended an emergency General Meeting last week Saturday at the auditorium of the Grenada Boys Secondary School (GBSS) in Tanteen, St. George.

Campbell is replacing Gerard Joseph as MWAG’s Second Vice President, while Straker was appointed to replace Tonia St. Louis-Lawrence as the new Treasurer.

The controversial Straker who is considered to be pro-government was very cautious when approached by THE NEW TODAY on her decision to accept a position on MWAG’s executive.

“Whatever I am doing I will be guided by the Constitution,” she said when contacted on Monday for comment.

This is not the first time that Straker is serving on the MWAG executive. She previously held the positions of Assistant Secretary, Treasurer and Assistant Treasurer.

When contacted on Tuesday, Campbell, who also held a previous position on the MWAG executive said that while the “resignation came at an unfortunate time…the work of the association must continue”.

“I will be occupying the position of Second Vice President in the interim until we can have fresh elections in November, which I do look forward to and I hope to carry on the mantle of my predecessor,” he remarked.

In recent years, MWAG has had to face condemnation from some of its own members as well as the public for what is seen as its weak stance on Press Freedom and its lukewarm response to two major incidents of assault against a female journalist while in the line of duty.

With 50% of the management body of the association employed by the Keith Mitchell-led Government in St. George’s, there is concern that the executive is reluctant to respond strongly to attacks on Press Freedom coming from the current administration.

The Association failed to get any traction when Press Secretary Philomena Robertson accused the media of being disrespectful to government officials and warned that reporters asking questions deemed inappropriate by government would not be tolerated.

MWAG’s 1st Vice President Delroy Louison called for an explanation and apology from the Press Secretary who ignored the demands.

The Association’s President was silent on the issue, drawing concerns about a conflict of interest given her position as an employee of the GIS.

Garraway has since been charged by police with assault on Farrier and is scheduled to make his first court appearance on March 30.