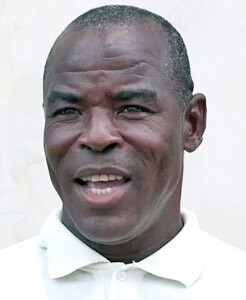 Just over a week ago, the Court of Appeal overturned a decision given by high court judge, Justice Agnes Actie in favour of “Stew Man “who claimed to have won the jackpot prize of EC$ 540, 000.00 in one of its money games.

In speaking to THE NEW TODAY, Attorney Ferguson said that the Justices of Appeal ruled against De Roche on the grounds that certain aspects of the evidence that the judge took into consideration in arriving at her ruling “was basically not part of his original case.”

“It was in his Witness statement but it was not pleaded as part of his original claim. That is what it comes down to”, he said.

“We are considering a further appeal but with these things it is means. The next stage is the Privy Council,” he added.

According to Ferguson, he has to read the judgement more intensively and thoroughly before advising his client on the next step forward in the case.

“We have to go through the Appeal judgment and consider how to approach it,” he remarked.

“The points that they (Lottery Authority and its lawyer Leslie Haynes, KC of Barbados) raised in the Court of Appeal, they never raised those points in the high court so they didn’t object to nothing but when they go to Appeal now they raised these points,” he said.

Ferguson indicated that the other side had enough time to raise the objection as the Witness Statement was filed 18 months before the trial and not once did the defendants object to it.

He stated that never once did the Lottery Authority and its legal representative at the trial “cross-examined him (Stew Man) or challenged the evidence (but) the judge ruled against them now and they go to the Court of Appeal and argued that the Case pleaded originally by (De Roche) in his Witness Statement did not reflect additional stuff which he did not pleaded.

“Of course the strong ground (in the Appeal before the Privy Council) is that you’re supposed to raise these things as soon as they arise or at least cross examine him.”

“So it’s kind of unique from that standpoint and therefore we’re looking at what the further possibilities are.”

In his statement of claim filed on October 12, 2018, De Roche told the high court that on November3, 2017 he purchased a Super 6 Lotto ticket from an agent of the National Lotteries Authority at Parris Pharmacy in Grenville, St Andrew for a draw on the same date but the draw instead took place on the following day and the winning prize of $540,000.00 was announced.

Upon further enquiries, De Roche said he discovered that the information given by the agent was misleading, but by then he had lost his ticket.

He then contacted the Lotteries Authority through its manager who informed him that it would not be able to consider his claim without producing the winning ticket before the expiration of three months.

Closer to expiration of the three-month period, De Roche returned to the Lotteries Authority to again claim his prize money but they refused to pay him the winning sum of $540,000.00.

The Lotteries Authority in its defence filed on November 12, 2018 denied that it is in breach of contract.