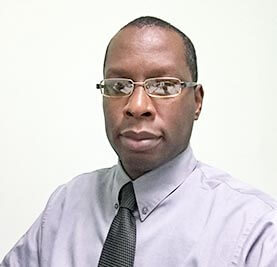 Grenada’s acting Chief Medical Officer tells Grenadians abroad to stay away from the country if they do not intend to follow COVID-19 protocols.

In what can only be considered as deep frustration Dr. Shawn Charles delivered the warning Monday after it was discovered that a Grenadian who tested positive for the novel coronavirus had run away from a quarantine facility and mingled with people in St. Andrew and St. Patrick.

He said Grenadians returning home are causing a huge headache for health officials because a lot of them are ignoring the travel protocols.

The protocols say individuals must have an accommodation booking for a designated period for quarantine, monitoring and testing before going home but a lot of Grenadians are arriving without making these arrangements, forcing the health team to deal with the problem when they land at the Maurice Bishop International Airport.

“This is a situation that health officials have been battling for months.  This is not the attitude of someone who is returning here and cares about the country,” he told reporters.

“This is the attitude of someone who has no consideration for all of the effort that was taken to keep the country safe over the past few weeks.

Dr. Charles went on, “…This is a situation that we want the Grenadian family to assist us in combating. If you do not care about this country, don’t come back. You are not doing us a favour by returning here.”

The CMO said Grenada may have to “become more restrictive about who we allow to land on our shores”.

Nationals abroad had been waiting for months for air travel to resume in order to return home and once they land in Grenada the authorities have no choice but to accept them.

According to a family member, the individual arrived on the island around October 5 from Canada to attend a funeral.

He said that the person of interest ,who has been picked up by law enforcement officials, had visited several family members including the elderly in recent days.

The CMO announced that a number of persons have been placed in quarantine but could not give a figure as tracing is still ongoing to identify the persons that the returning national came into contract with since leaving the quarantine facility.