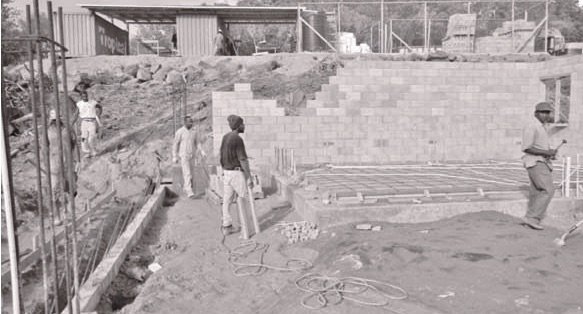 Minister for Health and International Business, Nickolas Steele has said he is unaware of the details of a transaction which resulted in the sale of the Levera Development for US$35 million to an investor from China.

“I am observing but this is a dispute right now between two private entities,” Steele said when asked about the role Government is playing in the matter.

The property at Levera in St Patrick, which up until recently was owned by Levera Resort Development Limited (LRDL), was being developed by Grenada Citizen Development Limited, headed by brothers Randy and Robert Oveson of Utah in the United States.

However, the brothers are now suing the former owners for fraudulent misrepresentation and breach of warranty and wrongful repudiation relating to a Sale and Purchase Agreement entered into in March 2016.
LRDL in which British businessman Paul Taylor and former Grenada Tourism Minister Lyden Ramdhanny are the main players, sold the 256 acre Levera property to a Chinese businessman trading as Singapore Heng Sheng (Grenada) Development PTE, LTD for US$35 million or EC$95 million.

A government team, led by Public Utilities and Works Minister Gregory Bowen and including Chief of Protocol in the Ministry of Foreign Affairs, Adrian Joseph and head of the local passport-selling CBI office, Percival Clouden reportedly travelled to China last month to help promote the new Levera project.

However Steele, as International Business Development Minister, is denying any government involvement in promoting or encouraging the sale of the property to a new entity.

“Government supports any initiative, the same as we did with Range, Kimpton Kawana Bay, Silver Sands. If there is another investor up there (Levera Development) we will be supporting growth in the country,” he added. Investigations done by THE NEW TODAY newspaper suggest that government should have collected US$5.3 million from the Land Transfer tax from the Levera project transaction.

Minister Steele, a senior member of the Cabinet, refused to give a direct response on whether the Treasury benefitted from the sale of the property. “I don’t know those details. I can’t even mention it. I do not know the details of the transaction up there. Like I said we would go out of our way to support local investment.

“As Minister for International Business there are certain things that I would do as well in facilitating and encouraging local investment.”

The Levera Project is being promoted under Grenada’s Citizen By Investment Programme which allows foreigners to buy a Grenada passport for a fee plus investment in a CBI approved project.

The Oveson brother through GCDL had sold thirty-five passports before the project stalled last month.

Several of the CBI investors originate from countries which the US State Department list them as State Sponsors of Terrorism – Syria, Iran and Iraq.

That doesn’t mean that the United States deals with every single citizen of those countries as a threat. In most cases, it is the government and the lax way in which the governments do things.

“So, with our cooperation with the US, there are people that travel to the United States from Iran and from Syria as well. Government to government, there are certain declarations and I think that is what the US is saying, that the governments there are State sponsors. It does not mean that every citizen there is,” he added.

According to Minister Steele, Grenada has been doing its due diligence before awarding citizenship and has been cooperating with the United States.

However, the senior government minister said the issue of terrorism is a matter between the US government and the governments of the countries listed as State Sponsors of Terrorism.

“We have been excellent in cooperating with partners like the US because we recognise the same thing as well – it is a government to government dispute that has forced the United States to make a declaration with respect to certain countries,” he remarked.