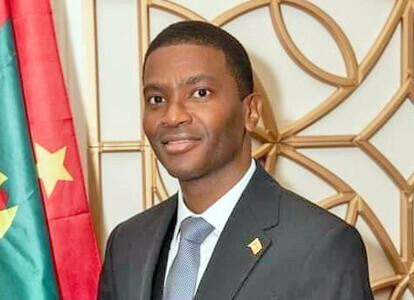 The much talked about Citizenship by Investment programme has raked in EC$112 million into government’s coffers through the approval of 1, 058 applications during the period January to September 2022, according to Prime Minister Dickon Mitchell.

Delivering the feature address at an Investment Migration organised by the Grenada Cooperative Bank Ltd known as Round Table Conference, held last week Thursday at Grand Anse, the Prime Minister disclosed that eight (8) people were rejected by the Cabinet and 968 applications are still to be processed for citizenship of the country.

The CBI programme falls under the portfolio of the Grenadian leader, who said that there was a “40% increase” in revenue earned by the Government of Grenada for the first nine (9) months of the year compared to 2021.

“The National Transformation Fund moved from EC$47.2 million for January to September 2021 to EC$49.5 million for the same period in 2022. If we curate our 2022 capital budget this is about 20% of that budget which clearly is not insignificant by any measure,” the Prime Minister told local and international marketing agents, who converged at the Radisson Conference Centre to participate in last week Thursday’s event.

Additionally, PM Mitchell said the approved applications for private sector projects will potentially generate EC$207 million in investment project funds for the period January to September 2022 compared to EC$161 million for the same period in 2021.”

The highly criticised CBI programme began under the former Keith Mitchell regime in August 2014, and to date, over 7,000 people have received citizenship through the initiative, which is the major non-tax revenue earner for the Government.

Most applications to Grenada reportedly come from China, Russia, India, South Africa, and Nigeria, territories known for their millionaires.

There are also several applications from people in the USA and Europe, and once citizenship is approved, that person earns the right to a Grenada passport.

Retired Banker and the newly installed Chairman of the CBI Committee, Richard Duncan called for a greater appreciation of the benefits the CBI programme brings to the economy, citing a need to “ensure that the narrative of what investment migration is about, and the way we use the funds to transform Grenada to meet the United Nations (UN) Sustainable Development Goals to really bring resilience to the population.”

Noting that “if you don’t give people the information they will use their imagination,” the economist by profession, who once served as Accountant General of Grenada, noted that the country “has done an excellent job in due diligence, and in minimising the risk that bad actors become citizens of Grenada.”

“If you look at all the media exposures you will have a difficult time finding anyone where we have failed” Duncan pointed out, attributing this achievement to “the bank that is involved in the investment programme in Grenada, (which) does its own due diligence, and has made it very clear that once an applicant does not pass their due diligence exercise, they will not be processing anyone.”

Managing Director of Co-operative Bank Ltd., Larry Lawrence committed at the conference to supporting the CBI programme and ensuring the growth of the investment migration sector.

“The Grenada Cooperative Bank would have celebrated 90 years in July of this year of being an indigenous bank in Grenada, and if one considers citizens by investment as being an initiative that has national implications, it can be transformative if done well and therefore as an indigenous bank and being around for 90 years we certainly want to do our part in collaborating with the government and the CBI committee towards anything that will be for the benefit of Grenadians and the Grenadian people so, therefore, we are in front in terms of collaborating with government and the CBI towards promoting and enhancing the CBI project within Grenada,” Lawrence remarked.