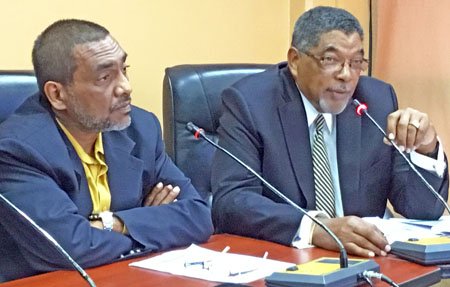 The Grenada government has announced the establishment of a special fund for the investment of revenue earned through the country’s controversial Citizenship By Investment (CBI) Programme.

CBI Chairman, Senator Christopher De Allie, who took up the post last November said State regulations now make provisions for almost half of CBI income to be placed in a “contingency fund”.

Legislation was enacted in December for this emergency fund which will see forty percent of CBI annual revenue being saved for State emergencies.

The fund is to be administered by a government-appointed committee made up of persons with experience in finance, accounts and business representatives.

The fund is to be held by the St Kitts-based Eastern Caribbean Central Bank (ECCB).

CBI is considered a major asset in Grenada’s economic advancement and Sen. De Allie has called it an “augmented, new area to attract revenue for funding economic development.”

CBI revenue has traditionally been used in Grenada’s Transformational Fund to pay for social programmes and as direct investment for capital projects.

Economic Development Minister, Oliver Joseph has said that the ECCB will invest the fund and manage its growth for the government and people of Grenada.

CBI officials have refused to answer questions regarding the fate of about $50million which were collected for the sale of passports to investors in the Grenada Sustainable Aquaculture Project, a shrimp farm which had been announced for the parish of St Mark.

According to Sen. De Allie, they could not comment on what happened to the funds which should have been paid into the Transformational Fund or used for direct investment.

The shrimp farm project did not go beyond the sod turning phase and government announced that an investigation would be conducted.

“We will reserve comment until the investigation is completed,” De Allie said when asked about the “missing” $50million.

He said the Attorney General, Darshan Ramdhani has charge of the shrimp farm investigation and that they intend to “proceed on a legal track”.