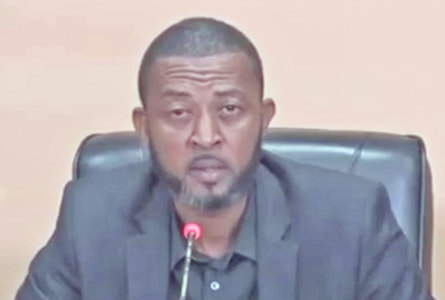 Users of the various social medial platforms are being advised against divulging too much information on social media platforms that can make them a vulnerable target to perpetrators of criminal activity.

“Keep your travel plans off social media,” was among the stern warnings issued by the top officer in the Criminal Investigations Department (CID) within the Royal Grenada Police Force (RGPF), Assistant Superintendent of Police (ASP) Ryan Hall during a press conference in St. George’s last week Friday.

ASP Hall provided the nation with tips on how to protect themselves, homes and property amidst the already criminally active, and highly anticipated festive Yuletide season.

Noting observations “over the years that persons want to be seen on social media,” ASP Hall cautioned against making social media posts that reveal too much information about one’s daily activities that can create an opportunity for perpetrators to commit crimes.

“So, you are leaving home, and you let the public know that you are out. This is dangerous, and you are attracting persons to your home,” warned the ASP, who advised against the posting of items such as jewelry, and electronics as “these are items that persons tend to break houses to steal.”

RGPF has launched its Yuletide operations, which also includes a campaign against loud music in homes and vehicles, speeding, unlawful dark tints and unregulated lights and infringements to motor vehicles, zero tolerance policy for offensive weapons including firearms and ammunition, drunk driving, and zero tolerance in illegal drugs.

The senior officer in CID also advised against leaving house keys under mats and flower pots and walking alone, especially at night, stating that “this is dangerous” and urged that persons “walk in company”.

ASP Hall urged individuals to “always plan when going out at night,” and to ensure that “if you’re going out to an activity at night you know how you are getting back home” adding that “we see persons after events by the side of the road flogging ride trying to ensure that they get back home safely (and) this is dangerous.”

He also admonished motorists to always park their vehicles in well-lit areas and to not leave items in open view that can encourage thieves, while private sector businesses, which have been the target of robberies in recent weeks, have been engaged and encouraged to invest in CCTV cameras going forward.

The Traffic Department of RGPF is also expected to heighten foot, mobile, and motorcycle patrols in the various towns across the island amidst a reported increase in criminal activity in recent weeks with the offense of Robbery with Violence topping the list.