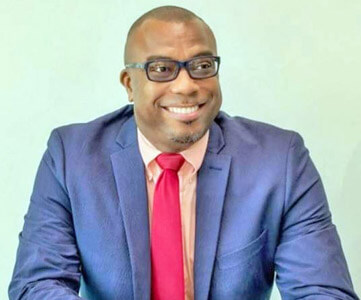 The Chief Executive Officer (CEO) of Spicemas Corporation (SMC), Kelvin Jacob has expressed disappointment with the level of participation from the general public in some of this year’s pre-Carnival events compared to previous years.

“The participation, I would say has been okay,” Jacob told the host of the National Democratic Congress (NDC) Heartbeat programme on Sunday, making specific reference to the Groovy and Soca Monarch semi-finals, held last week Thursday and Friday at Progress Park in St. Andrew.

“I was a little bit disappointed in the participation at Groovy and Soca Monarch semi-finals compared to 2019. What I’ve seen though in the Calypso, the participation continues to increase…it’s always been a big event, and that’s why we have decided to try moving the Calypso finals and we are now bringing it to Progress Park (on August 4) because we believe that the catchment area for Calypso is the Grenville, St. Patrick, St. David, St. Patrick area. So, we are trying it this year, to see if we are going to get more people coming out to support the calypsonians for the finals,” Jacob said.

The Power Soca and Groovy Monarch finals are set for August 5 at the Grenada National Stadium, while the Panorama competition will take place at the same venue on August 6, which has been dubbed ‘Fantastic Saturday Ultra.’

“We are having Panorama with an added attraction. Again, we are looking to see if we can bring more people into the Panorama as well,” said Jacob, who spoke of SMC “bringing in a bouyon band from Dominica ‘WCK,’ together with our top local international artiste,” who will perform in a show planned to commence after the Panorama event around midnight.

“So, it’s Bouyan, pan, and Jab music at the national stadium on August 6,” added the SMC CEO, as he encouraged participation in the upcoming events.

The next event on the SMC’s calendar following the national Carnival Queen show this Thursday, is the Children’s Carnival Frolic (CCF) on Saturday, in the Grenada National Stadium.

According to Jacob, the day’s event, which will feature all aspects of Mas, pan, and calypso, a kid’s village, performances by six (6) junior Panorama bands, and 10 junior calypsonians, will start at 11 a.m., with a mini parade from the Melville Street Fish Market to Queen’s Park.

Reports are that SMC has a budget of $2.6 million to execute its plans for Spicemas 2022, after two (2) years of no Carnival as a result of the coronavirus pandemic.

Last week, Minister of State with responsibility for Youth and Sport in the Ministry of Education, Youth and Sport, Ron Redhead announced Cabinet’s authorisation for the National Lotteries Authority (NLA) to make a $1 million subvention to the SMC to help offset the cost of events as outlined in the SMC budget statement.

The SMC also recently received a $40,000 donation from the People’s Republic of China.

Funding for Spicemas 2022 is also expected to be obtained through sponsorship from corporate bodies, which have the option to select platinum, gold, silver and bronze categories, gate receipts and fees.

The premier cultural event was officially launched at the end of April under the theme “D Return,” and is set to culminate on August 09, with the parade of the bands throughout the streets of St. George.

Jacob explained that this year’s parade is expected to start at the Post Office in Grand Anse.

A total of 17 fancy mas bands and 15 traditional mas bands have registered to masquerade during the national parade on Carnival Monday and Tuesday, while there are 11 bands registered to play Monday night mas.