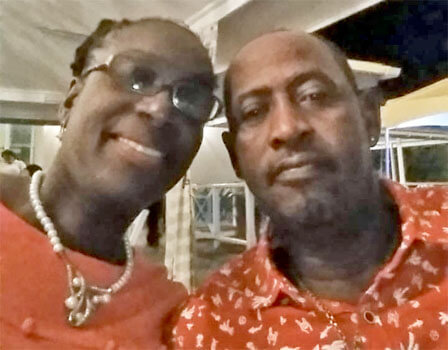 The blood-letting case on Grenada’s sister isle of Carriacou involving family members of the Minister of Legal Affairs, Kindra Maturine-Stewart has taken a different turn.

Police on Sunday laid a charge against Ken Maturine, the brother of the female government minister for beating his father, Hyacinth “Slim” Maturine following a family feud over the cutting of a running vine on a fence erected on property owned by the elder Maturine.

The incident was sparked off by Maturine’s first wife, Maureen whom he divorced over 15 years ago, entering his premises last Tuesday without permission and cutting down the vine that was bearing flowers.

“Slim” confronted the ex wife which resulted in a physical brawl in which he received 3 stitches in the face and the son about seven stitches.

A vicious dog was also let loose on the father and he was bitten in several places on the leg.

On Monday, police laid charges against the father and his second wife, Linda who is from Barbados after asking them a day earlier to come into the station on Carriacou to be charged.

Today’s development has left a bitter taste in the mouths of Hyacinth and Linda over the manner in which the police on the small ward island are handling the incident.

A close friend of Slim told THE NEW TODAY that the father was locked up in a cell for about seven hours in the day while bail was being processed for him as compared to the quick manner in which his son was charged Sunday and allowed to leave the station within a matter of minutes.

He said that Linda was not placed in the cell but allowed to sit in a chair inside the station while held in custody.

Sources told THE NEW TODAY that a Sergeant of Police from Mainland Grenada was sent up to Carriacou to take charge of the investigation following complaints that the Corporal was allegedly taking the side of the female government minister in the family conflict.

There are reports that the mother of Minister Maturine-Stewart and her second son are now the subject of the ongoing police investigation following statements given by Slim and his wife to the investigating team.

A source said that the police on the sister isle are planning to call in Maureen Maturine on Tuesday to be questioned about the incident.

The charges filed against the Maturine family members will be heard in court for the first time on Wednesday.

As a public service, THE NEW TODAY has decided to release the bail form that “Slim” Maturine signed Monday in order to be released from police custody. 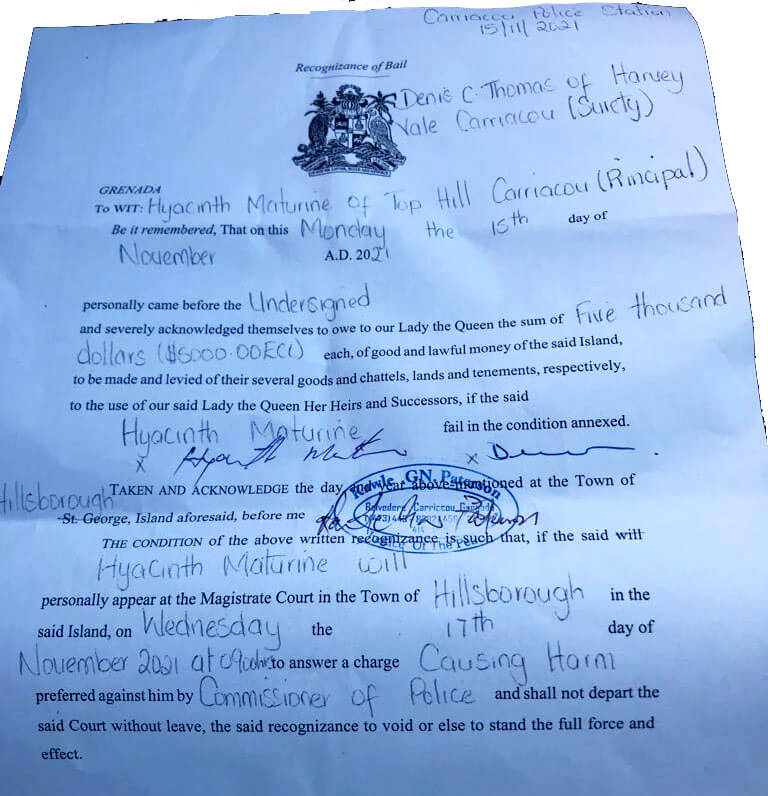