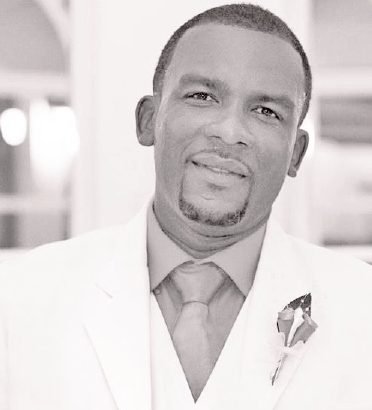 Former President of the Grenada Steel Bands Association (GSA) Jason Skeete believes that he has grown to become a much stronger individual as a result of the treatment meted out to him during his tenure at the helm of the organisation.

Skeete, who served as the organisation’s President since October 14, 2017, tendered his resignation last week Tuesday, ahead of moves by the Keith Mitchell-led government to set up an interim body to run the affairs of the body ahead of biannual elections in September.

“I took time so I searched myself and I looked at everything and I made a conscious decision after much deliberation”, he told THE NEW TODAY when quizzed on his decision to call it a day with GSA.

In an exclusive interview last week Thursday with this newspaper, Skeete said, he is “tired of having to expend so much” of himself in the name of pan only to be rejected and continually attacked personally by the same people who benefit from his hard work.

“I am tired, I am exhausted and (the reason is) not because of anything else other than (because) people are attacking me personally.

I am tired of spending my time trying to do something good and the same people who benefit, attack me. I am tired, I am tired of having to expend so much money with no gratitude,” he added.

The former GSA boss has been engulfed in a bitter battle with a so-called Rebel faction that mainly comprised members of the larger steelbands on the island who were not happy with the running of the association under Skeete’s leadership.

One body involving mainly the small bands had been backing the Skeete-led Executive.

There were reports that four of the larger bands at odd with Skeete were making moves to form a new body ahead against the GSA Constitution.

Prior to his involvement, the association was operating with an interim executive up until the membership took a decision to elect a new body and to adopt a new constitution to go forward with the development of pan in the country.

According to Skeete, he has no regrets with the time spent with the steelband body.

He said: “I am very thankful for the time that I served. It has taught me some valuable life lessons and to all the bands who supported me thanks, to the bands who didn’t support me thanks because by (they) not supporting me it did something really good for me because it kept me motivated (and) on the right track and it grew me because I am still standing here without any malice (is spite of) the things that was said and done in their lack of support,” Skeete told THE NEW TODAY.

He recalled when he was elected as GSA President approximately 18 months ago, “when I looked at the comments that came in on social media and otherwise, people had so much faith in me, people actually said that they know I was going to do a good job because they know what I am capable of and that was so gratifying to me and it was so challenging because I had to remember that all these people were expecting so much.”

He added that this is the reason why the public was always informed about everything that the Association was doing.

“One of the things I have always told the executive is that for us to bring people back to pan, we have to first take pan and bring it back to people…repairing the image and the thrust of pan was critical and based on everything that we would have done throughout that eight (8), nine (9) months we saw the manifestation of it at one of our biggest events, which was panorama 2018 and so, it told me that people started to come back to pan as we started to bring pan back to the people,” Skeete said.

The former GSA boss holds the strong view that the success of Panorama 2018 had a lot to do with the managing style of the new executive.

“So, I want to tell those people (who turned out for Panoroma 2018) thanks, even those who were there in spirit, who wanted to come but couldn’t come, thanks,” he said.

Skeete pointed to several violations of the GSA constitution, which was adopted during the October 2017 meeting, turning a new page for the association.

He spoke of a controversial situation in which, “the executive council voted out Vice President, Miguel Fortune, who served as interim president previously, in keeping with an adjustment made in the newly adopted GSA constitution.

“One of the adjustments made when we passed the constitution on that day is that no manager or arranger would be eligible to serve on the executive, however, in December or November that year we learned that the then elected Vice President was also the manager of Rainbow City All Stars and that was a violation of the constitution”, he said.

Fortune “was voted out at a meeting of the council and he chose to go the other route which was to attack…we had a secretary who was voted in who we have had a challenge in getting minutes of meetings and a lot of other secretarial stuff done and at one point she even stopped coming to meetings and there were a lot of people who started to play the role of the secretary…because we were in a situation where we realised that everybody had to chip in and help carry everybody and so we did that,” Skeete explained.

He also singled out Stephen Greenidge, who was a member of the former executive “who from what we gathered, was more concerned in wanting to do things the way they were doing it back in the day and we were very clear on that and that is a definition of madness…so the executive as a body chose to go a different way and the results were there to show that the direction in which we were going was better than where we were always at because we have the evidence to show that it was successful.”

Skeete also singled out those who showed support for his initiatives throughout the months such as Alister James, Brian Lindsay, Shamella Lee and Martin Phillip.”

“These people looked at me and told me (that) I am the person giving them the strength to continue to do this but what they didn’t know is that they were the ones giving me the strength to do it…but what is done is done and whoever is coming after I wish them well”, he said.