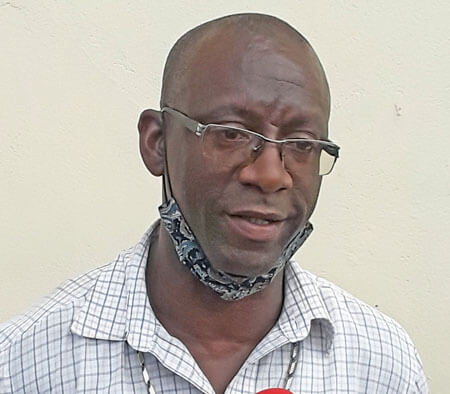 The National Bus Association and the Keith Mitchell Administration appear to be headed for another showdown over plans by the government to attach criminal records to traffic offence as well as their exclusion from the Transport Commission.

The Administration is passing a Bill in Parliament that adds an element of criminality to traffic violations.

On the weekend, the National Bus Association said they are calling on the government to reconsider this Amendment to the Traffic Code because they consider it to be excessive and they are also asking for a voice on the Commission that is responsible for making decisions regarding national transportation policies.

Under current Laws, the Magistrate has discretion to fine up to ten times the value of an issued ticket and the bus association has said this penalty is already sufficient, even as a deterrent to traffic violations.

A spokesman for the bus operators has said they consider the legislation to be a method of instilling fear in the population and forcing people to hand over cash to the government even when they believe they are not guilty.

Public Relations Officer for the National Bus Association (NBA), Derek Mc Kenzie said the government also refused to agree to their request for a copy of the draft Bill but they were able to get their hands on a copy otherwise.

They feel that government has yet again disregarded their position by refusing to consult with them before taking the Bill to Parliament.

Mc Kenzie said that all the bus operators they have spoken to have great difficulties with the plan to attach criminal records to traffic violations.

They are also challenging a decision by the government to exclude them from the seven-member board of new Transport Commission which has replaced the National Transport Board.

According to Mc Kenzie, the excuse given for their exclusion on the Board is conflict of interest but they are concerned that they are being disregarded since both the insurance industry and the Police have representation in the Commission.

He said the former Minister of Transportation, Gregory Bowen told them that the government would “meet them at a lower lever as stakeholders”.

They don’t believe that their interests can be properly represented in the current make-up of the Commission.

NBA has said they are willing to have a representative who is not a bus driver and that they also want to be the ones to choose someone to represent their interests.